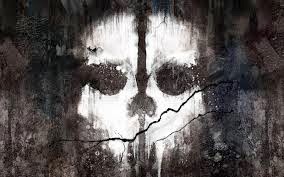 Thanks to Gill from Livingstone Weekly for this story

Robert Nawa Maswabi, 56, is accused of being a ghost, after rumours surfaced around the southern Zambezi Region that he had died four months ago.

“Wherever I go people are saying I am a ghost. Even in my wife’s village, when I arrived they all came together saying I am a ghost, and the young ones were even scared to come near me. My wife chased me away and said I must go back to the grave, and because I am a ghost she can’t be married to me,” Maswabi said.

Maswabi, who was born in Livingstone, Zambia, said he was working at Singobeka south of Katima Mulilo,
but was scared off by three men who intimidated him. According to him he went to Zambia for three months,
before coming back to Namibia and getting a job in New Cowboy location in Katima Mulilo, where he was arrested by the police and locked up for a night.

“The police told me I am a ghost, because people have been looking for me at Singobeka for quite long.”According to Maswabi the next day he was taken to Singobeka where the Chinchimani Khuta again handed him to the police, who deported him to Zambia.

“I used a border pass to come back to Namibia on Saturday to go to my wife’s village at Nkasa. I don’t
know whether she will chase me away again, saying that I am a ghost,” Maswabi said.

Eustace Bisesa, Maswabi’s younger brother told Informante that he believes that his brother was dead,
and came to life because of charms and juju (magic) they use in their culture.