Alcohol And The Hotel Industry 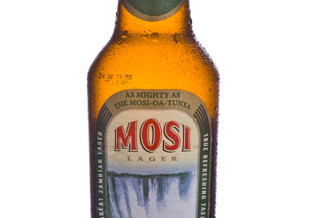 I’ve had my own battles with alcohol – and recently we had to let go a long serving assistant manager due to this problem, so I was interested in a recent article in HotelInteractive. Click the link for the whole article but I’ve extracted some salient points:

“There’s the pressure to take orders and sometimes handle special requests. There’s the mission to help everyone involved have a good time. And there’s the mandate to always to be at the top of one’s game. What can be said about entertainers and athletes – and the demands placed upon them at various times – is just as true for workers in the hospitality industry: Along with the anticipation of delivering a peak performance comes the overriding force of peak pressure. So it was no real revelation last year when research from the George Washington University Medical Center pinpointed hotel and restaurant sector workers as being the economy’s most at risk for alcohol problems, second only to those in mining and construction. Such problems, many observers noted, often prove costly at many levels.

“If you think about it, in the hospitality industry, you have many situations in which you have a culture of drinking, with alcohol being very available to employees either in the course of their work or immediately after work,” said researcher Eric Goplerud, director of Ensuring Solutions to Alcohol Problems, which conducted the study at George Washington University. “And there are other things that put the industry at particular risk. The younger the population, the greater the alcohol burden, and the hospitality industry tends to hire people who are younger.”

The issues are indeed out there and the price of doing nothing results not just in high costs to an employee for related worker illness, absence or poor performance, but also in good will – and perhaps repeat business – with guests. “The industry has often thrived on a ‘work hard, play hard’ mentality, which arguably could be the very things that create the circumstances for drug and alcohol abuse,” wrote Dennis Nickson, professor at the University of Strathclyde Business School in Scotland, in a recent e-mail. “This point would suggest that there is often a very difficult balancing act for the industry in terms of looking after the interests of their employees and offering to customers that a product that will often tacitly blur the lines of appropriate behaviour.”

“Hospitality organisations are becoming more proactive on the matter and the reasons are likely to be due to a mix of three factors,” Nickson wrote. “First, there is the legal dimension and the legal duties placed on employers to become more vigilant in identifying risks and hazards. If they are not taking a proactive approach they could find themselves on the wrong end of a costly lawsuit from an employee if they feel that employers have neglected their duty of care under health and safety legislation.” There is also the human factor – the hospitality business is, after all, about people caring about other people. As such, Nickson wrote, “there may also be a genuine sense of company paternalism resting on an ethical view of an organisation’s responsibility to look after its human resources and to make them aware of the dangers of alcohol and drug abuse.”

And ultimately, economics becomes the strongest motivator in business, he wrote. “By being proactive, organisations may be looking to save costs by reducing absence and improving the performance of employees in the workplace by addressing any problems or concerns that they might have with drug or alcohol abuse…Whether these interventions are paying off in terms of outcomes such as reduced absenteeism, improved timekeeping, increase productivity, less accidents and reduced theft and wastage is something that is worthy of further research.”

Many employers have a feeling that there are two kinds of alcohol treatment either go to AA, which is a self-help group and doesn’t cost anything, or go to a residential 28-day treatment program which is very expensive and which most HR folks say doesn’t work. These were the predominant models up into the 80s and since the 80s there has been development of medications, screenings and outpatient forms of counseling that are as effective, or more effective than treatments for other chronic illnesses.”

The developed world are lucky to have such options – where we are there is very little help and a strong drinking culture in the community as well. If you can’t sort it out for yourself, and unfortunately lots of people can’t, it won’t get sorted!