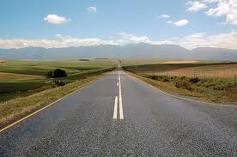 The resurfacing of the road was done by China Geo Corporation at a contract sum of 35 million Euros and supervised by Zulu Burrow Consulting Engineers and Nicholas O’Dwyer and Company Limited. “Government is happy that once more we have successfully delivered a good road for the people of Southern Province and Zambia as a whole,” President Banda said ahead of the event.

The Zimba-Livingstone Road is an important trade link between Zambia and countries in the Southern Africa region. The first stretch of the 30 kilometres of the Zimba – Livingstone Road was completed in October last year at a contract sum of K121 billion while the second phase of the 42.8 kilometre, financed by the European Union Commission, will be commissioned on Friday.