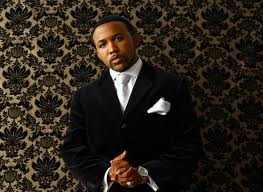 Thanks to George da Soulchold for this piece. I love Banky W’s latest hit ‘Yes/No’. Here’s all about him!

Olubankole Wellington born March 27, 1981, known under the stage name Banky W, is a Nigerian R&B artist. Wellington was born in the United States to Nigerian parents, but the family moved back to Lagos Nigeria when he was five years old where he began singing in his church choir at the age of 8. After completing his secondary school Education at Home Science Association Secondary School, he moved to New York to attend college on a scholarship; earning a degree in Engineering at Rensselaer Polytechnic Institute.

While still in college, he won the ‘Albany Idol’ competition, which catapulted him into the spotlight. He overcame many personal trials and obstacles to quickly become an in-demand artist on the local music scene; performing alongside major acts on tour. He wowed audiences with his silky smooth voice while building a loyal following; he established the Empire Mates Entertainment record label as a platform to get his music to his fans and began work on an EP. The company now houses one of Nigeria/Africa’s biggest talent including Wizkid and Ice Prince.

The EME boss, Banky W has got a brand new scorching single “Yes/No”. The new single is set to capture more hearts with its music video. The video captures a love story beginning from secondary school which was shot at his Alma Mater- Home Science School. 14 years after, the love birds rekindle their relationship.

The video was co-directed by Clarence Peters and Banky W and featured British-Nigerian model, Angela Tokunbo Daniel as the leading lady. It also has cameos by Niyola, eLDee and Uche Odoh. The song and video has continued to get very good reviews some say this might his biggest hit since his 2006 mega hit song “My Regret”

He has 5 albums to his name