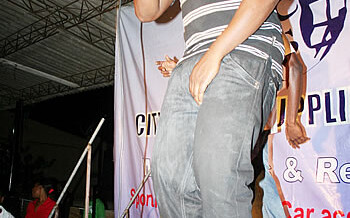 ‘ZAMBIA’S sensational singer JK is set to launch his fifth album ‘Akapilipili’ on July 30 at Lusaka’s Barclays Sports Complex. The title-track video has continued to enjoy airplay on local and foreign music channels. Kapiripiri. The love song features the beautiful Salma who is currently working on her solo project under So-GOOD Entertainment based in Lusaka, and Kapiripiri is one of the many local tunes from the album receiving massive airplay both on radio and in the clubs. As`the hottest show on Zambezi fm the Chanters Lodge Experience with the Millie Jam Ingredient feauring the Soulchild just had to drop the jam on the Sunday show.

Confirming the release of the album Digital Xtreme Entertainment chief executive Gibson Phiri said in an interview that over 10,000 copies of the new album have so far been offloaded. “I must say that the long-awaited album is finally out in stores and we appreciate the patience and support people have given us. We have about 10,000 copies and people can get the album in most leading music outlets,” says Phiri, who is also managing JK. “We had to take time to work on a good package and now we are even ready to launch the album on July 30. Then after that we take the album launch to different places, starting with South Africa in August, Namibia, UK and many other places for our fans in the Diaspora. We will also hold several shows locally,” adds Phiri.

If you enjoy General Ozzy’s (above) smooth tunes, you can’t go wrong with popular local band the Goodlyfe Crew from Uganda. A duo comprising 26-year-old Moses Radio (Moses Nakintije) and 24-year-old Weasel (Douglas Mayanja), the Goodlyfe Crew hit the 2008 music charts hard and swept the public off their feet in Africa. Since their debut, the band has won the Bell Pearl of Africa Music Award three times with their eclectic mixture of musical genres, which include the likes of reggae and ragga under the mellow beats and vibes of classic dance hall tunes. The duo featured on a song titled ‘Take My Heart’ with Gen Ozzy which is sung in English and nyanja and was the second and final song we played from the local basket take my heart is a love song with an upbeat to keep you on the dance floor.”