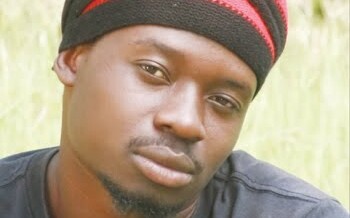 Another guest blog from George da Soulchild aka Kaufela tells us all about Da-gas and his new controversial album. George writes:

“While the country’s self-righteous politicians seem to seek only praise, it appears, resentment is what they mostly attract and often it comes in the form of music.

Little-known dancehall reggae singer Chomba Mutale, otherwise known as Da-gas, has just released an 11-track album which he says is about love – but going by its title track ‘Kankalidwe’ (lifestyle) it will inspire little love from politicians, especially those in government! In the song, the 28-year-old Lusaka based artist lays bare his anger and blames the politicians’ greedy lifestyle on skyrocketing poverty levels and the inequalities that exist between the country’s different social economic classes.

He attributes the culture of dishonesty and declining moral values to politicians who resort to pouring lies on the electorate each time there are elections. “You are the cause of our sisters becoming prostitutes, you are the reason why our brothers become thieves and you are the cause of poverty and suffering in this country” Da-gas tells politicians in the chorus of the song. He also castigates politicians for building themselves luxurious mansions while pensioners languish homeless without receiving their benefits.

Da-gas says as a Rastafarian, it hurts him to see so much suffering in the country and he feels obliged to speak about these things especially as the country heads to the polls this year. He says the song ‘Kankalidwe’ is all about sensitizing people to identify selfless political leaders who would represent the interests of the majority poor.

Da-gas however says he is not concerned by the harassment that musicians such as Twice of the Tomato Balunda fame have suffered in the past for singing songs critical of the government. He insists the album including Nkankalidwe is about love. “It’s all about love. Go to the hospital and you’ll find people sleeping on the floor with no beddings. People are suffering and I’m just trying to remind our leaders to show love to all these people” he says. “If leaders feel offended by the songs that musicians are producing, they should be more concerned about the songs that are full of vulgar and demeaning references to women.” He continued.

“I grew up with my mother who raised me singlehandedly. She used to encourage me to talk when I have something to say and she listened to us, so similarly I expect our leaders to listen when we the young people speak about issues that effect us” he says.

‘Kankalidwe’ is a follow-up to Da-gas’ debut album ‘Umm’hum’ released in late 2008, which was confined to party mongers that patronized nightclubs, as the artist struggled to personally sell copies of the album. Other songs on the new album are jointly produced by Baska Baska, Jerry Fingers and Jerry D. While his knack for conscience dancehall reggae is conspicuously obvious on his latest album, it may just suffer the same fate as his first. Vigorous marketing seems to elude the album.”