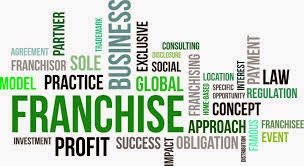 This caught my eye:

THE Citizens Economic Empowerment Commission (CEEC) has set aside a total of K6 million for the establishment of the Zambian tourism franchise. Players in the local tourism sector would be eligible to access the loans through CEEC to set up tourism franchising.

CEEC Head of communication and public relations Glenda Masebe said the funds would be used to promote a special initiative for international standards in Zambia’s tourism industry by supporting targeted citizens to establish franchise tourism businesses.

In a statement issued in Lusaka, Ms Masebe said the commission would consider investments in tourism which include hotels and lodges, restaurants, water sports, theme parks, take aways, travel and tours, cinema, and any other. “This special initiative will be implemented initially in Muchinga, Southern and Western Provinces and each province has an allocation of K2 million to citizens wishing to tender for franchising support. “The maximum loan repayment period for this initiative shall be 5 years at an annual interest rate of 12 per cent,” Ms Masebe said.

She said the provision of collateral would be a strict requirement for this facility and that the applicant will have the responsibility of proposing a franchise business they wish to invest in.