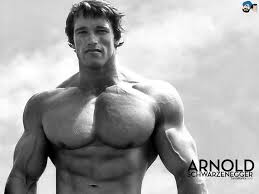 Some gem quotes from my sister Ruth:

Having more money doesn’t make you happier. I have 50 million dollars but I’m just as happy as when I had 48 million.
~ Arnold Schwarzenegger.

We are here on earth to do good unto others. What the others are here for, I have no idea.
~ WH Auden

In hotel rooms I worry. I can’t be the only guy who sits on the furniture naked.
~ Jonathan Katz

If life were fair Elvis would still be alive today and all the impersonators would be dead.
~ Johnny Carson

I don’t believe in astrology. I am a Sagittarius and we’re very sceptical.
~ Arthur C Clarke

Hollywood must be the only place on earth where you can be fired by a man wearing a Hawaiian shirt and a baseball cap.
~ Steve Martin

Home cooking. Where many a man thinks his wife is.
~ Jimmy Durante

America is so advanced that even the chairs are electric.
~ Doug Hamwell

The first piece of luggage on the carousel never belongs to anyone.
~ George Roberts

If God had intended us to fly, he would have made it easier to get to the airport.
~ Jonathan Winters

I have kleptomania, but when it gets bad, I take something for it.
~ Robert Benchley