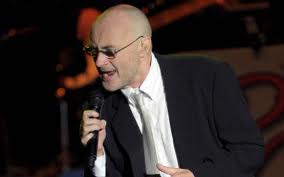 No! That’s not me! That’s Phil Collins, he has a great new album out in UK with that title! Lots of Tamla Motown on it, which he says influenced him greatly when he was young. We watched a super live TV show of Phil on UK TV last weekend and of course, I’ve bought the album.

As it happens we’re going back too. Back to Zambia after a wonderful holiday in UK spent in Brighton and Dorchester. Actually (as the often say in England) and basically (another favourite) we’ve been extremely lucky with the weather.

Having said that (which they say here all the time) we look forward to 35C temperatures and hot sunshine back in Livingstone, from where I’ll be posting next week!