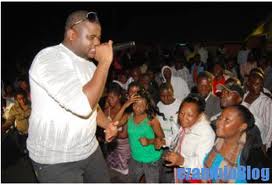 Hamoba Chimuka has released a new 13-track album titled Sangwapo, three years after his not-so-well publicised Hamz Way 2. Fondly called Hamoba, Chimuka is one of the many artistes that changed the face of Zambian music when he kicked off his career under a duo called Namanje with his peer Chatu.

Under Namaje guided by Chali Mulalami’s Sling Beats in 2004, Hamoba became popular with songs like Chimalita, Mutima and Ika Spaka, then later went to pursue a solo career that saw him catapult to fame with songs like Shelela and Bisa Mtima. Three years later, Hamoba hit the scenes with another album Hamz Way in 2006 and was later followed by Hamz Way 2.

“I took a long break since my last album because I was basically trying to grow and understand the direction our music is going. I was also working on other things but I think I have learnt a lot and I am hopeful my new album will compete well. It is a mature album with a lot of dance mix, rap and new effects,” he said in an interview.

Hamoba adds that Sangwapo album will reveal his energetic side but more importantly his ability to work with different artistes. “On this project I have worked with OC’s Obama Records which has produced most of the songs. I have also produced a number of songs. I have also done tracks from Roma Side and I have featured other atistes like Tommy Dee, Yellow Man, Ty II, Bob Muli, Oc and Macky 2,” he says.