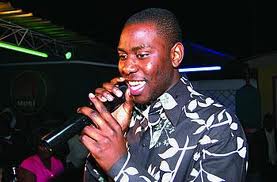 Battles or ‘beef’ as they are popularly known have been at the core of hip-hop from its early days, and to some extent, it is even considered healthy because it is said to bring out the best in terms of an individual rapper’s skills. Some of the genre’s most popular beefs, particularly in the US, have been Kool Moe Dee vs. Busy Bee, Canibus vs LL Cool J, Ice Cube vs. N.W.A., Jay-Z vs. Nas, Eazy-E vs. Dr. Dre and the most publicised rivalry in hip-hop history the East Coast-West Coast rivalry involving the two heavyweights Tupac and Notorious B.I.G.

Closer to home, the feud between local rappers Mulaza Mark Kaira otherwise known as Macky2 and Mwila Musonda famously known as Slap Dee is as fresh as ever and currently keeping the so-called ‘Zed-hiphop’ scene ablaze. Seemingly, the feud started after last year’s Born and Bred awards presentation, where Slap Dee of the XYZ crew scooped the Best Zambian Hip Hop Award. Apparently, the latest Macky2 hit song Ndimupondo remix featuring 17 artistes, plus a follow-up video ‘XYZ diss’ seems to have agitated Slap Dee, forcing the artiste to hit back at the Ndola-based rapper with a reply titled Chinochaka.

In an interview with the Education Post Macky2 says he does not hold any personal grudge against Slap Dee.
“On my side, I hold no grudge against him (Slap Dee), but in Hip-Hop, confrontations are always there. It (feud) is part of rap you might not really want to respond to someone, but your fan base will force you to do that. If you do not listen to your fans you lose the fans and the respect that you have,” he says. “It is all about the people. I will tell you one thing, we do it for the sake of music, but this is business to some extent.”

Macky2, 27, says if he had a way, he would have put an end to the feud between the two. “It is like it is going where I did not want it to go. It was not intentional to be involved in the beef. If I had a way, I would put an end to it (feud), but since the other boy is arrogant I have got no choice, but to go all the way,” he says.

Macky2, who is an orphan, says he has not involved himself in the rivalry to rise to fame. “If you look at why I would never do it to draw attention, last year Slap Dee had one song, I had five songs on the charts. Basically, I was more popular than him,” he says. Macky2, who is also music/video producer and owner of Alpha Entertainments record company, says although the two fiercely take on each other in their lyrics, they have never had physical confrontations.

“We have never met, like I said I get along with almost everybody. Even if I met him (Slap Dee) I would not really act funny. If I meet him I will just say hello. Yes, I would like to do a song with him although there could be a lot of competition in the song because everyone would want to sound better,” he says. Macky2 says the feud centres on the two artistes, saying that it (the rivalry) does not involve other Copperbelt-based artistes commonly known as Jerabo Unit. “I am not teaming up with anyone, it is just me. It is not all about Copperbelt versus Lusaka. I have got a huge fan base in Lusaka, so I appreciate the way people support me in Lusaka,” he says.

On Ndimupondo remix song, Macky2, who is also commonly known as Flava Boy, as well as DJ Bugar, says contrary to assertions that the song was directed at his rival and the entire XYZ crew, the single- currently receiving massive airplay was meant to unite artistes. “Never before in Zambia have I come up with the song which features 17 well-known artistes in the country in Ndimupondo All Stars remix released end of December last year. The song actually, describes we are in our own unique ways. You cannot be threatened by the presence of another artiste; every musician has his or her fan base. The plan was to unite Zambian artistes and show people that we can be united as artistes,” he explains.

“This was not directed to them (XYZ crew), but there is another song which was directed to them called ‘I am Zambian Hip-Hop’. I did this after Slap Dee got the Best Zambian Hip-Hop award at the ‘Born and Bred’ in December last year. Instead of him saying his thanks when collecting the prize he started talking about me. It does not mean that by doing that song I was not happy but more than a fair return.”