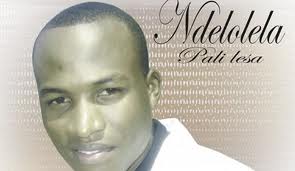 George da Soulchild sent me this:

Gospel artist Joshua Simfukwe’s debut solo album has continued to score success with the title-track ‘Ndelolela pali Lesa’ scooping the Radio Christian Voice 2010 gospel song of the year award. Confirming this development in an interview, the Copperbelt-based artist, whose first project was a duet with songbird Suwilanji Mumba, said he is happy with the support his album has received.

“It is encouraging that my album keeps blessing many people who are requesting for my songs. It is God’s way of encouraging me to minister to many people. I know that my song ‘Ndelolela pali Lesa’ has been performing well on the charts on Christian Voice and also on Radio Phoenix gospel chart,” says the 26-year-old musician whose passion for music dates way back in his childhood days on the Copperbelt.

I started singing in church a long time ago and for me this is a calling. It is a way of reaching out to people. I have worked closely with Suwilanji and our first album was also voted the best duet a few years back at the Mukuba Awards, although I need to point out that it has not been easy – as piracy is killing the industry,” he says, adding that he is working on his second album which will be released later this year.