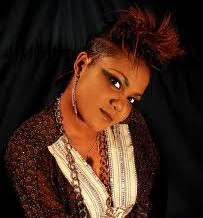 Kayula Bwalya aka Kay (above), Chika Lupupa and B1 recently tripled the fun when they launched the weekly music performances at the newly-opened East Point Disco in Lusaka’s Kabwata area. And J-Kayo Records owned by artistes JK and Kayombo have announced three album releases including Kay’s debut Kanyelele, Marcky2’s Ndimupondo and a DVD music video collection featuring some of the country’s hottest songs under Digital X.

The three budding artistes who were selected to perform at the venue that so far seems to be attracting a huge patronage, delivered their skills accordingly to win more future shows. Chika Lupupa, who recently returned from performances in Malawi and South Africa promoting his debut album served as a curtain-raiser with his now-slowly fading hit, Lupupa Lupupa and his new anthem Tenzeokondana ( Chanibaba) gaining more feedback.

His dance skills were a marvel to watch and remain as amazing as the time he was under Mozegator’s Mimbulu Boys, some of whom were present to boost his act. Before B1 closed the business, Kay took to the stage and showcased her trade mark dance routine with three of her dancing queens that left the audience asking for more. Her unique display of spirited dance moves were as daring as her music which was summerised in the songs, Kanyelele, Cha cilamo and Wandowa.

B1 offloaded tracks like Chipute, Pillow, Mai Junior, Kalata and Pastor to conclude the birth of a new weekend outing for music shows which East Point director described as,” the beginning new era in entertainment.”

Meanwhile J-Kayo spokesperson Maurice’ Raydo’ Malowa has said he is happy with the support people have extended on Kay’s first project and urged them to buy original music now that the album is out in stores. “I can now confirm that J-Kayo have finally dispatched three products on the market and this includes Kay’s Kanyelele. We have had a lot of support for Kay and I am happy to announce that her music is out on the market.,” said Raydo adding that Marcky II’s Ndimupondo is also ready for sale and receiving a lot support.

” We urge people to buy original products and support the industry. This way, we will help these young artistes get their reward.” concluded Raydo.