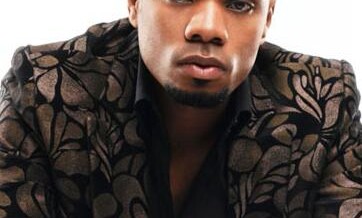 George da Soulchild, co-presenter of our weekly Sunday night radio show reports:
Organizers of this month’s one-off concert by US gospel artiste Kirk Franklin have described the event as a great development for the music industry in Zambia. Christian label Doxa Music has facilitated the December 5 concert which will be held at the 8,000-seater Blessing Centre in Lusaka.
Daniel Mutale, Doxa Music’s finance and administration director said it was an honour for the label to host the ‘Stomp’ star. “From a Christian point of view, we feel very blessed to be given such a privilege of hosting him. And then from the music fraternity, as you may be aware, Kirk Franklin was the first gospel artiste to sell a million records. So it’s such a great privilege for the music industry and for the development of our music industry in Zambia. We can get inspiration from such a person. We just feel we are contributing to the well being of the music industry in this country” he said.
Mutale expressed delight at the partnership Doxa has entered with mobile service provider MTN and Sounds Investments in promoting Franklin’s visit to Zambia. Multiple Grammy, Stellar and Dove-award winning Franklin, 41, will lead a 17-member team of singers and musicians in what is already expected to be one of the most highly anticipated concerts in Zambia. The concert marks another feather in the cap for Doxa Music, whose other notable exploit was the successful hosting of Australian rock and worship band Hill Song United in Lusaka three years ago.
The concert has been organized by The Relay, a company that’s using hip hop to take the Gospel around the country. “We emphasise on bringing people like these hip hop guys from the US because they are very gospel-centric, very Christian oriented, which is what our organization is all about,” said Chilufya Mulundu, one of the lead organizers.
Mulundu added that the group would be performing in Zambia as part of its Unashamed Africa tour. The concert will also feature local acts Tio, D-tour and Abel Chungu Musuka.
0