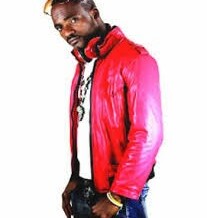 George da Soulchild Kaufela, co-host of our weekly radio show The Chanters Lodge Experience with the Milli Jam Ingredient, together with the Weekend Post, hope that Krummy’s ‘Kanselele’ is not a one hit wonder……

Every once in a while in Zambia there comes a song that creates a certain buzz in the local music industry – this goes way back to the times of Paul Ngozi and the Mulemena Boys. Notably, recently we have been treated to great songs such as ‘Bwela Pa Numba’ by Alubuso’, ‘Over Over’ by Jimmy, and ‘Mistaken Identity’ by Espe.

Now we have “Kanselele” by Krummy aka Mulunga Chisonta which seems to be the most happening song in the country. Krummy might not be well known especially in Lusaka but the singer’s ‘Kanselele’ hit has been topping charts on the Copperbelt since it was recently released. The song has for several months now topped music charts on Yar and Flava FM radio stations. Krummy was also privileged to curtain raise for South Africa’s Professor and Mafikizolo shows in Kitwe recently.

While some people get confused regarding the song’s composer, considering that it also features JK and Dandy Crazy, the Kitwe-based singer confirmed that ‘Kanselele’ is actually his song. The nightclub tune describes a situation where a man decides to move on with his life after being disappointed by his lover.

Krummy, who draws his inspiration from US superstar R Kelly and local crooner Exile, has decided to name his debut 14 track album ‘Kanselele.’ Produced on the Goddy Saurus Label by Baska, the project comprises the songs ‘Kamungeli’, ‘Kokolapo’, ‘What If’, ‘Total Pa Total’ and ‘Pa Cha Tapakupala’. A blend of Bemba and Nyanja, the album features collaborations with Yellowman, Baska, Sykor and Ostyno among others.

Krummy says he took time to compose his songs in order to come up with a project that caters for all age groups. Like others that have come before him we certainly hope he is not a one hit wonder, and we wish him all the best.