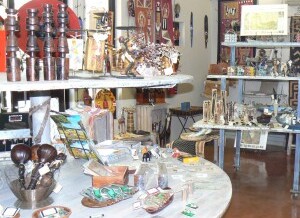 Thanks to Joanne Selby at Sun International about Kubu Crafts and their new shop in Livingstone at Mosi-o-Tunya right next to Shoprite:

Kubu Crafts is a small factory in Livingstone. They specialise in making hand-made furniture from indigenous hard woods – Zambezi teak and rosewood. This timber is special to our region.

In the early 1900s a company set itself up to cut teak and rosewood close to Livingstone. In those days it was the railway which was the method of transport using steam locomotives. The company, called Zambezi Sawmills, felled many of the trees close to Livingstone and then set its sights on the enormous resources to the northwest of Livingstone, near a town called Mulobezi.

They constructed a railway track to Mulobezi which was a huge task through thick sand and over rivers. They laid temporary tracks into the forest to haul the felled timber out and bring it to Livingstone. It was, in its time, one of the biggest industries in Zambia. The railway was the longest privately-owned line in the world. The timber was widely used as railway sleepers in Africa because the wood is so strong and resistant to insect attack. It was also used as parquet flooring which was sent to England and used in stately homes.

Back in the 1900s the forest resources seemed infinite; Zambia had hardly been touched by any development. Today, though, things are much different. The timber is cut from the forests but it has to be of a certain size, the smaller trees being left to grow. Each log has to be inspected and stamped. When bringing the logs from the forests to town the transporter has to have a permit. It is all strictly controlled.

When Kubu Crafts receives a log from the forest it is marked for cutting, maximizing the large pieces to make beds and tables. The medium-sized pieces are used to make side tables and chairs. The small pieces are used to make lamp stands, candlesticks and business card boxes. Very little of the wood is wasted – it is a precious resource.