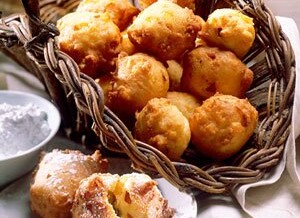 George da Soulchild Kaufela, co-presenter of our popular Sunday night radio show ‘The Experience’ on Zambezi 107.7 fm, reports on a latest smash hit in Zambia which we featured on last Sunday’s show.

“Every once in a while a new song comes on the Zambian music scene and breaks records. Alubusu did it with “Bwela Panyumba”, Jimmy did it with “Over Over” and now 2wo-1ne wants a piece of that hit song action with their new smash hit “Vitumbuwa”. Within a week of release the song garnered over 10,000 YouTube hits, shot straight to number one on Hot 87.7 FM and has sparked a twitter ‘Vitumbuwa’ trend, with 800 tweets so far. Oh! And so far the song’s been downloaded over 7000 times!

With punchlines like “lelo tamunzila vitumbuwa, pa Friday ni test ya vitumbuwa, so apa nasoma vitumbuwa, ma extra lesson ya vitumbuwa, I swear to tell the whole truth, nothing but the truth about vitumbuwa” you’re bound to find yourself singing along and better yet, pressing that repeat button while you enjoy your tea with vitumbuwa!

2wo-1ne is a group of young artists who got started way back in the early ’05- ’06 era. Recognizing a shared vision to make quality jams for a society that really needed it, 2wo-1ne was cast out of iron tough bars, solid music and an insatiable desire to dominate the air waves.

Daniel Lyapa Fumbeshi Sikazwe, one half of the 2wo-1ne rap group, rap name K-Star aka ‘The Hidden Playa’ aka ‘Da Rhymaniac’ was born in Lusaka and raised on the Copperbelt. He grew a passion for hip-hop in 2001 and seriously began rapping at the end of 2005 when he contested at ‘The Hip-Hop Burnout’ held at The Cage (now Hollywood City). He came out in the top three and got signed to Xpozd, under which a group ‘Xpozd Natives’ was formed with co-rappers Camstar & The Dyplomat but the group split up in late 2007.

Daniel joined 2wo-1ne with original members Buttah, Thug Chuld & Nova Caine at the end of 2008. They recorded a mixtape called ‘Berg City On Lock’ with Krytic and Young Thuga who were part of the project. The project also featured a number of other rappers that included Zone-Fam, Camstar and Street Bangers. 2wo-1ne started working with Superman who formed the label SO’ GOOD ENT in early 2010. This is also the team that started the Cypher 260 in Lusaka at the end of 2009. K-star is also signed to SO GOOD ENT and has worked on numerous projects including the latest 2wo-1ne project featuring the song ‘Vitumbuwa’.

Vitumbuwa is now the number one song on Hot 877’s top 10 and is also one of the most played songs on JoyFM as well as Q-fm. The song is a funny creative one that circles around a common local delicacy known as vitumbuwa (fritters – see above). On the song the rappers divert everything in one’s life to vitumbuwa.”