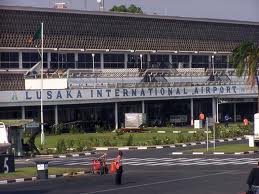 Government has entered into an agreement with a Turkish firm Guris Holding to upgrade the Lusaka International Airport. The re-modeling will be done in three areas including the face-lifting of the terminal building, the VIP section and the improvement of the marketing side.

He added that Government will not use any money on the project but that this will be financed by the private sector. Minister of Finance Dr. Musokotwane could however not disclose the total cost of the project but said that will be determined after negotiations are concluded in four weeks time.