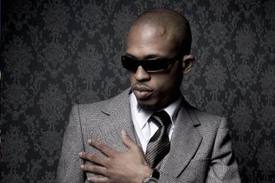 NAETO C TO PERFORM IN LUSAKA

“Nigeria singer/rapper Naeto C is set to perform in Lusaka on Friday 2nd December at Hollywood City Night Club alongside local artists, the show is being sponsored by MTN and David Sling Studio, with tickets being priced at K80,000 and K150,000 V.I.P.

Naetochukwu Chikwe was born on 17th  December 1982 in Houston, Texas of Nigerian origin. Stage name Naeto C, is a Nigerian rapper, afrobeat artist and record producer. The 2008 and 2009 MTV award winner has a huge following in Zambia.

His first single ‘Kini Big Deals’ from his debut album You Know My “P”  released in May 2008 was well received, as is the first single from his 2011 album ‘Super C Season (10/10)’. I must say it stole many hearts, receiving massive airplay due to huge requests on radio and night clubs. His second single 5 and 6 is also a very good follow up to ten over ten, women seem to dance and sing along to it more than men. It could be words in the song or his style of singing/raping I don’t know, but my prediction is that the show will pack more females than male patrons!“

Thanks George, see you there!