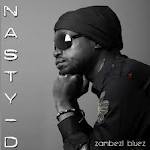 ‘Nasty D’ is back! But for how long?
George da Soulchild Kaufela reports:

At one time he was one of Zambia’s most celebrated artistes. This was so, not because of anything other than his somehow weird, crazy but also funny way of bringing out issues through social commentary. Nasty D, was one the founding fathers of modern day Zambian music which he himself used to call Zambezi music, which was a fusion of Kalifunku, Kalindula as well as modern day Zambian music.

Nasty D at one time also formed his own music clique called the Zambezi Symphone which consisted of the likes of 2wice and Shimaster, among other artistes. But the artiste later decided to take a break from the music industry in 2007 citing personal reasons, among them school.

The good news for all those who used to follow the musician and his music is that they have something to smile about – because Nasty D has returned to the music scene with a remix of his classic hit Bombasa and Shake Your Kwendo, a club banger in which he featured a talented teenage rapper Drillz, and Stevo. Both singles were produced by D J Mzenga Man at Y.E.M (Young Energy Movement) for Mzenga records.

The Bombasa remix features Mzenga Man himself, Alpha Romeo, as well as M.B.G. And for anyone who has taken time to listen to the two songs, they can also attest that nothing has changed about the artiste, as he is still the same old Nasty D, the Zambezi music maestro.

In his other single, ‘Shake Your Kwendo’, it is without a doubt that the artiste has come back to reclaim his rightful place on the music scene. He has maintained and stuck to his usual Zambezi music style. In this song, Nasty D is seemingly trying to tell all his music followers that he still has what it takes to be counted among the heavy weights and old timers in the music industry.

And Drillz, a teenage female rapper he featured in the song is also one to look out for in the year 2012. She is a revelation that has the potential to send shivers down the spines of other female rappers. She is not only young but also talented, and coordinated well with Nasty D on the intro and killing off her second verse with ease. The same can be said about Stevo. It looks like Nasty D has also not moved away from his culture of nurturing and moulding young and up-coming artistes, the same way he nurtured Mbototo of the Ama Blax.

The two songs have also been enjoying some fairly equal airplay on most radio stations as well as clubs. Nasty D has perfectly combined modern day Zambian music and his Zambezi music well.
That being said its hard to say how long he will be back. We wish him all the best.