Not Exactly Flavour Of The Month! 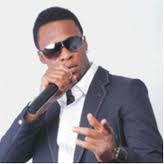 For years to come, Zambians, particularly Lusaka residents, will live to remember the night when Nigerian singer Chinedu Okoli (above), better known as ‘Sawa Sawa’ or Flavour, performed a K120 million show at the Chrismar Hotel. They will remember him fondly not for his catchy and infectious sing-along hit, but because the West African presented an emphatically shoddy performance as an international artiste.

Well, we have seen talent coming from Nigeria before performing for the same US$25,000 or less. In 2007, P-Square braved heavy rains at Sunset Stadium to make their Zed-six to-six performance pay cheque worthwhile and even if only a dozen fans watched the twins’ concert, the duo travelled back home with a free conscience. The same cannot be said about last Friday evening’s show at Chrismar Hotel where Flavour and his ‘elastic’ dancing maniac duped patrons into a broke long weekend.

Music promoters will have to share the blame for the losses recently suffered as they created rivalry between the Chrismar gig and the Sound Check concert at Barclays Sports complex.

Nevertheless, let’s talk about what went wrong at Chrismar.

Pegged at K100,000 per head, the show was expected to be one of the best, especially that the foreign artiste is currently topping continental music charts with his Sawa Sawa hit. Fans, predominantly young, trooped to the hotel early to catch the artiste’s full performance but he did not show up until in the dead cold of 01:00 hours on Saturday when the braziers went out to conquer the icy breeze.

When Flavour finally appeared on stage, the girls screamed in his support as he quickly greeted the audience and went on to introduce the first song which he mimed in his native Iigo.

Yes, he did not play any live music despite the equipment which was stylishly dumped on the podium as Qfm DJ Tony Rollercoaster squeezed the beats out of the No Parking Band CD player with the help of the guest artiste’s brother and manager Benjamin.

The night’s climax came a moment later when the dread-locked singer played his second and more popular Sawa Sawa track and since it was the only song he prepared for the night, the DJ had to play it twice for good measure.

Flavour’s dancer, looking highly inebriated, uncontrollably displayed her nimble-legged performance much to the delight of the fans… but that was it for the night, two songs and the show was over. Despite coming at the right time when Zambians still have the appetite for his Sawa Sawa, Flavour has ironically left a sour taste in many patrons.