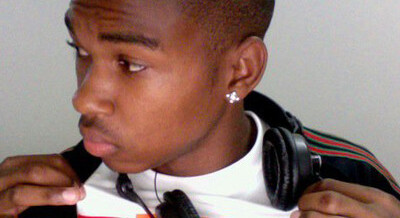 Kaufela, co-presenter of our regular Sunday night radio show contributes to the blog:

Youth artiste Paul Munanjala otherwise known as Paul Da Prince has described his recent performances in South Africa to promote his just released mixtape as an eye-opener. In an interview with the Weekend Post, Paul, 19 talked about the tour which he undertook to Johannesburg in April.

“I was in South Africa to promote my mixtape which I released in April. The mixtape has songs like Number One, You, just to mention a few. I’m urging my fans to buy it, it’s in stores now!” he said. He added that besides performing, he also met other artistes. “I found myself dancing with a crew from Monash University called the Rejects. We performed at Monash Beer fest on Thursday April 21. Cabo Snoop (a kuduro artist from Angola) was part of the event which was covered by MTV Base.

“While in South Africa, I met a new producer who will send me instrumentals that I will work on with ‘house’ which is a popular genre in South Africa,”said Paul. “I made a lot of contacts in South Africa and I plan on going back there to collaborate with many other artistes,”he said. He hopes to release his debut album by December.

“My album will be released before the end of the year because the mixtape I have released is basically just giving people what they expect in my album and will feature artistes like Tsouya, B-Flow and Slap-D,” he said. Paul featured in the song Boss Lady done by Ruff Kid.