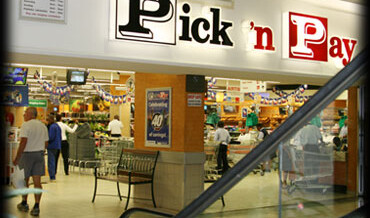 There have been consistent rumours of these people opening in Livingstone but as yet there are no definite signs. We have Spar (currently moving from Falls Park to the city centre) and two Shoprites but there are still plenty of basic items that it is difficult, if not impossible, to find. I doubt if there is enough business for a third chain store – unless of course they could compete on price and variety and put Shoprite or Spar out of business in the city. Business Live reports:
Retailer Pick n Pay has announced the opening of its third Zambian store in Lusaka, further signalling the group’s confidence in the Zambian economy. Pick n Pay opened its first store in Lusaka in July 2010 and its second in Ndola in March 2011. “The third store, which will be situated in the Levy regional shopping centre, is one of five planned for the country over the next four years,” the company said in a statement on Thursday.

“The incredible success of our first two stores and the enthusiasm with which it has been welcomed by our customers, has exceeded our expectations and has fully vindicated our decision to expand our presence in Zambia rapidly in coming months,” he added. A fourth store will open in Makeni on 1 December. “The combined investment of both the Levy and Makeni stores is in excess of R40 million, signalling our confidence in the Zambian economy,” Langman added.

Situated in Zambia’s second largest shopping centre, the 4,000 square metre Levy store will sell in excess of 20,000 lines ranging from fresh produce, clothing, home-ware and liquor. The store has created employment opportunities for a further 150 Zambians. “Investment in African talent, the growth of our employees and skills development is a crucial part of our expansion strategy and it has been gratifying to be a part of job creation and socio-economic development in Zambia,” Langman said. He added that at least 65% of stock was locally sourced while 70% of fresh produce was provided by Zambian suppliers.

“Pick n Pay has a total of 230 local suppliers in Zambia which include agencies which supply imported products to the company’s stores. “The company has a total of 10,100 grocery lines listed in its Zambian stores, of which 6,700 products are derived from local suppliers.” The range includes canned vegetable products, coffee, legumes and an organic range of sauces as well as processed meats.

“It has been very satisfying to be able to source much of our produce from local suppliers, particularly small scale farmers who have proved themselves more than capable of providing foodstuffs at a price and of a quality demanded by Pick n Pay’s customers.”