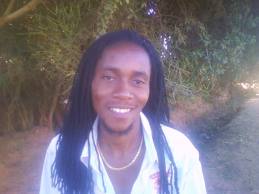 Local artiste Leo Moyo aka K’Millian has released his sixth studio album, titled Escape, under Runell’s Showdown Studios. K’millian whose previous release Triumph did not fare as well as his fans expected, explained that his latest project comes together with his new resolution to embark on live performances. In an interview with The Post newspaper, K’millian said his plan was to promote his new album in a unique style and to use live performances most of the time. He also said that he’s recruited female dancers to hype up the shows and he added that his new album addresses a number of issues including love. Escape is a 13 track album produced by Runell, Jerry D, Jerry Fingaz and K’millian himself, and the album can be found in all leading music stores across the country.

Pictured above and born Webster Katongo Chilufya on September 4th 1983, popularly known by his stage name Crystal Shaun, died in his sleep on December 14th 2010. Crystal Shaun’s style could be described as tongue twisted and poetic ragamuffin in very fluent Bemba. His command of this poetry inspired me a lot and I’m sure it greatly inspired a lot of other Zambian musicians and music fans as well. I remember how we met in November 2000 and it just seems like a month ago. We quickly got along very well and went from strangers to friends, then to best of friends, and then to brothers as time passed by. Our love for music brought us even closer.

It’s not possible at this moment to count all the things that he did and the contributions that he made musically, but his personality was his greatest charm. Crystal Shaun was a nice, humble and respectful guy who loved to tell stories and laugh with his friends and family. He was a peaceful person, a person that you could rely on when you needed him. A hard worker who relentlessly worked hard to push himself and his friends forward.

He worked with artistes including K’millian,Ty2, Runell, Exile, Leo Muntu, Jk, and Mc Wabweno just to mention a few. His burial was attended by almost all Zambian artistes both from the new school and old school while his music plays on, even as we celebrate his life and mourn his death. He leaves behind a wife and his 7 week old son, as well as family, friends and fans who feel robbed. Gone too soon Crystal Shaun you inspired us, you live on inside us, your memory’s alive with us

Rest in peace my brother and friend.