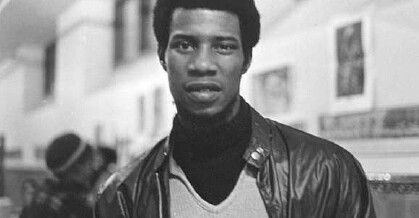 George da Soulchild aka Kaufela, co-presenter of our Sunday night radio show on Zambezi Radio 107.7 fm in Livingstone writes about those in the entertainment world in Zambia who sadly passed on in 2010. The photo is of Mike Tabor who was a good friend of mine and a great DJ.

The past 12 months have seen the death of individuals who have played a notable role in the arts and entertainment industry in Zambia. Today we pay tribute to some of the well known faces no longer with us.

Renowned actor and Muvi TV Director of Programmes Augustine Lungu died on March 20 after an illness. Lungu featured in numerous theatre productions and represented Zambia at the prestigious Edinburgh Festival together with Benne Banda in the two man act ‘Headers and Footers’. An avid supporter of the arts, Lungu once served as Chairman of Lusaka Theatre Club as well as the National Theatre Arts Association of Zambia. He also presented the ‘Kwachamania’ show on ZNBC, as well as the ‘Ready for Marriage’ reality show and ‘Breakfast With The Boys’ on Muvi TV.

Celtel star search finalist Levins Mwanza died on October 11 from kidney failure. The 29 year old singer had established himself as a strong contender in the 2006 singing competition, before being eliminated in the latter stages of the show. Mwanza was among a new breed of up-coming musicians to emerge from the Celtel show and went on to record chart success with his song Nalema. Prior to his death he was recording an album with RomaSide studio called ‘Tizakumana’.

The local radio industry also mourned the passing of Mike ‘The Maverick’ Tabor, who died in Lusaka on 17 October. Born in Harlem, NYC on December 13 1946, Micheal Aloysius Tabor joined the Black Panther party, but fled the US in the early 1970s after he and several Panther members were accused of conspiring to bomb public buildings in New York City. Although the group was acquitted of all charges, Tabor did not return to the US, travelling first to Algeria and eventually to Zambia where he made his home. He was one of the first DJs on Radio 4. At the time of his death he was working for 5 FM radio in Lusaka. He is survived by his wife Priscilla Matanda, a daughter and three sons.

Ragamuffin artist Crystal Shaun died on December 4. Born Webster Katongo Chilufya, the 27 year old rapper developed his own style of poetry with Bemba lyrics. He also collaborated with several top local artistes including TY2, Leo Muntu, K’millian, Hamooba and Kaufela. He is survived by a wife and son.

May their souls rest in peace as we carry their dreams forward.