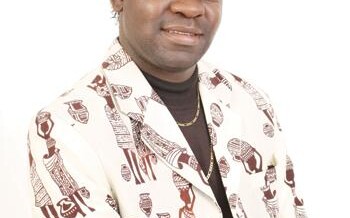 I loved this story from The Post – a collision of my interests if ever there was one! We wish Shadreck all the best with his album and will certainly try and feature a track on our local radio show – The Chanters Lodge Experience with the Milli Jam Ingredient ft George da Soulchild which I co-host and which airs every Sunday at 20.30 hrs on Zambezi FM.

A Lusaka based chef says the release of his debut album Wilasakamana is the fulfillment of a childhood dream. Shadreck Mulilo, 30 of Lusaka’s five-star Taj Pamodzi Hotel says he has been singing since he was a child.

“Basically I will say I was born with music within me,” says the married father of three. “My father used to sing, though he was not a musician, but he loved playing guitar, and traditional instruments, and sometimes he would sing to my mother. Then I picked it up from there. In 1997, I met a friend named Joseph Chanda. He was singing and looking for a partner to sing with. We used to sing, rap…we blended so well, and we started from there.”

The duo featured on ZNBC TV’s ‘Sounds Good’ programme, before Mulilo decided to pursue his vision to do a solo project. Upon joining Pamodzi in 2005, Mulilo collaborated with the hotel’s resident band on working on his album. “The band had been in music for over 20 years, had retired, and they were singing jazz and blues music. I talked to them, they heard my vision, and they were excited. So we rehearsed for about a year and a half, then we were ready to go to the studio where we recorded all the instruments live.”

Wilasakamana, which was released last year, comprises ten songs of praise, worship and inspiration. Among these are the title track, Exalted, Twalipalwa, Ba Lesa wandi, Libe Iyacindikwa, Ewingansunga, Ba Neighbour and Tumulumbanye. Abstinence, which features two of Mulilo’s children, warns against the dangers of HIV/AIDS. Mulilo says the song, which talks about a high-achieving student who used to go nightclubs and later discovered that he was HIV positive, is based on a true story.

Mulilo has so far shot four music videos. He says there is abundant music talent in the country and condemns the rampant piracy that’s affecting the local industry. Mulilo, who has been a chef for over ten years, says music and cooking are his passions. “I’ve only chosen two things in my life: that is singing and cooking. So if I’m not singing, I’m cooking. If I’m not working, I’m at the studio, at church, or attending some shows. Cooking is demanding, but I think cooking is art as well as music,” Mulilo says.

Having previously also worked at Arabian Nights and Hotel Intercontinental, Mulilo says he is planning to write a book on cookery. “I am a worker of God, so minister Mulilo means working for God. I looked at how God wants me to work, which is to win souls to him and I looked at also vulnerable people, like the orphans, the children who need help … I said I could impact a small, a young generation, so that we leave an inheritance for them, and show them the good way,” says Mulilo.

Best of luck Shadreck! Keep on cooking and rocking!