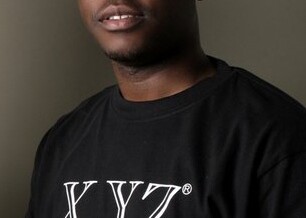 Hip-hop artiste Slap-Dee was recently briefly detained at Livingstone Central Police Station for allegedly not honouring his contractual obligations with Royal Entertainments who had hired him to perform at Mukuni Park. The 25-year old rapper, real name Mwila Musonda, was initially charged with obtaining money by force pretenses.

Police spokesperson Ndandula Siamana confirmed the brief detention of Slap-D and said he was released after he repaid K1 million. “Yes I can confirm that he (Slap-Dee) was at the Central Police Station in Livingstone. He had a financial problem with another group but he was released after he refunded the money,” Siamana said. And in an interview outside the police station on Saturday, Royal Entertainment director Kenova Kaapa said Slap-Dee had signed a contract with the firm in Lusaka last month, and was paid K1 million, with the balance being agreed to be paid after the Livingstone show.

“We sent Timmy Kayombo and Emmanuel Mungala to follow up Slap-Dee in May and after consultations he signed the contract on (May) 27th. We then proceeded to buy air time on the two radio stations for adverts but we got suspicious when we heard adverts by Coca-Cola advertising a sports function at Maramba Stadium at which Slap-D was to perform,” Kaapa said.

He said that according to the contract, Royal Entertainment was to accommodate and feed the artiste, which was done at Liseli Guest House. “He gave us three T-shirts and that he was to launch his XYZ Nomba Ninshi album. But when Coca-Cola adverts persisted, I decided to call him and he said he was a musician who can even perform 12 shows and he boasted that Coca-Cola had even paid him twice what we paid,” Kaapa said.

He said on Saturday, Livingstone youths converged at Mukuni Park and Slap-Dee did not turn up but called after 16 hours when he was scheduled to have performed from morning up to 18 hours. “So we reported the matter to police who went to Maramba Staduim and ordered that he reports to the police which he did at 19:00 hours,” Kaapa said. The contract, signed by Slap-Dee and Mungala, stated that during the agreement both parties would not engage directly or indirectly in any other business as an employee, employer, consultant and director without prior written notice.

“Failure to meet these duties by both parties shall be deemed as breach of contract and shall attract a fine agreed upon by each party and professional arbitrators,” the contract read in part.