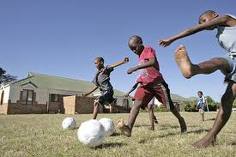 SOS Children’s Villages do a first class job helping orphans in Zambia to live a ‘normal’ life. At Chanters Lodge we have supported them on several occasions and it’s great to see our 1st Lady getting involved, as this piece from LusakaTimes shows:

“First Lady Thandiwe Banda has paid tribute to SOS Children’s Villages Zambia for supplementing Government efforts in the provision of quality health care and education to children. Mrs Banda who is also SOS Zambia Ambassador called for enhanced partnerships between Government and stakeholders in programmes that aims at uplifting the welfare of children in the country. The First Lady said this when she graced the SOS Children’s Villages Zambia, fund raising musical concert by Lee John and the Imagination Band from the United Kingdom in Lusaka.

Mrs Banda said it’s the duty of citizens to look after children as Government alone cannot manage due to meagre resources. Earlier, SOS Children’s Villages Zambia National Director Florence Phiri said the village is currently supporting over 6000 children at its three villages in Lusaka, Livingstone and Kitwe. Mrs Phiri said the village has diversified its parameters by reaching out to other children in poorer communities surrounding the villages.

And speaking at the same function, SOS Children’s Villages Zambia Board Chairperson, Lucie Kasanda said plans are also underway to construct another children’s village in North-Western Province. Ms Kasanda said this is in line with the village’s programme of targeting 16 000 children to be at its villages by the year 2016. Proceeds from the fundraising will go towards the construction of the children’s village in Chipata, Eastern Province which is being funded by SOS-UK.

The Chipata Village will be home to180 children and offer support to over1000 beneficiaries in the surrounding community.”

We’re often asked by Guests to nominate a worthy cause for donations of either cash or kind, and we have no hesitation in recommending the SOS Children’s Village in Livingstone.