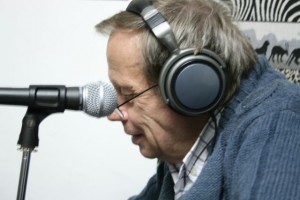 I was recently interviewed by Ben Reed from Adventures With Ben and here’s the first part of what he had to say about me and us!

“Richard Chanter and his Lodge

Tucked away down a small dirt road, around the bend lies an assuming guest lodge in Livingstone, Zambia. But don’t be fooled, this 11-room complex in the middle of a bustling residential neighborhood is one of the premier places to stay when visiting Victoria Falls: Chanters Lodge.

Chanter’s Lodge was my home away from home during a 3-day/ 2-night stay in Victoria Falls. It was truly the perfect retreat for this travel blogger after a hectic 40-day sprint through South Africa. During my stay I had the opportunity to catch up with the owner, Richard Chanter, and ask him what makes Chanters Lodge so special…

Having accumulated over 40 years in the hotel industry (30 of them in Zambia), Richard knows how to manage a hotel. “This business is about people” he says.

It Started on Trip Advisor
And it’s the people that keep him working all these years. A chance encounter with an ill guest led Richard into the world of social media and the Internet. He explained,

“I took him to the doctor and brought him back. He said, “Have you ever heard of Trip Advisor? Join it. It would be in your best interest.””

And so Richard did, “It was very easy to join in the early days. I registered and put a picture of the lodge.” Shortly thereafter, his first review appeared from the guest he assisted…

“There’s nothing that Mr. Chanter won’t do to help you.”

It was at that moment that Richard realized the potential of the Internet. “We said, hey, we need more of this stuff.”