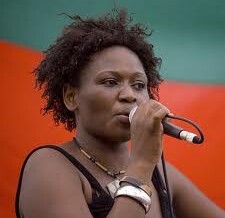 Zambian artists Owen Mwaka aka OC, Chishimba Chama and Afunika’s dancing queens are set to grace Wendy Harawa’s album launch and a special ladies’ concert in Lilongwe. According to a statement, Harawa, a renowned raga-dance hall artiste who has worked closely with several Zambian musicians says the show is to showcase female talent in Africa and to strengthen relations between Zambia and Malawi.

“The show is basically to expose women’s talent and more so to launch my new project. I am also expecting other female artistes from other countries like Wahu from Kenya to join me. It is something big and Zambian music is doing fine here, that’s why I have involved OC and of course, Chichi who have been here before and featured on my songs,” said Harawa.

She added that the show will also be supported by Malawian artistes Tigris, Riandy and Mablacks. Meanwhile, both OC and Chichi have expressed confidence in delivering a good show especially that they are both promoting their latest works.

OC has been instrumental in the production of Chichi’s music who is releasing her debut album Owema after several years of being a back-up singer and cabaret performer.

OC through his Obama Record label has produced some songs for Harawa and is also completing work on his album set for release next month.