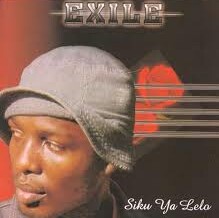 Local artistes Exile (Kangwa Kampamba) pictured above, and Bryan, last weekend visited Nakonde in Northern Province for a number of shows. The duo, who arrived in the early hours of Friday, took time to mingle with fans before performing two shows at Ikumbi Bar and Guest House.

Residents from Tunduma in Tanzania and surrounding towns were part of the audience that gathered to be part of the thrilling performances. After treating the audience to well synchronised hits by Dj Ron Power, Bryan stepped on stage amid cheers to perform songs from his ‘Breakthrough’ album, before being joined by Exile to sing ‘Lyonse Nganakumona.’

In an interview, Exile described the show in the border town as great. “The show was great going by the standards of Nakonde. It’s great that people here love Zambian music exactly the way people elsewhere love it, and it’s also wonderful to travel this far and perform” said Exile. And Bryan said he was happy with the warm welcome he received in Nakonde. “For me it’s a plus because people are appreciating my music. Musicians in our country are not benefiting from their talent despite spending too much time and money in producing their music”. He further advised upcoming musicians to focus on quality when producing their music instead of rushing to make money.

Exile and Bryan are just some of the many Zambian artistes that are being appreciated worldwide. Give it a year or two and I promise you the current Zambian music will take over Africa – if not the world – just like R&B did. There is so much undiscovered talent. Other countries that appreciate and support Zambian music and artists include Zimbabwe, Namibia, Kenya, Malawi, Botswana, DRC, South Africa, Uganda, USA, UK and Austria to mention a few.

Almost every month this year we read about a Zambian artist putting up a great and memorable performance when invited to perform outside the country. This has been as a result of great music production as well as quality video produtions – most of which are recorded locally – only a few artistes have the resources to work with international producers. Plenty of those videos are now airing on international music channels like MTVbase and Channel O, doubling the number compared to last year – a big step for the music industry in Zambia.