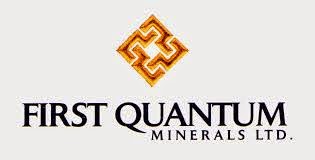 First Quantum Minerals Ltd. (FM)’s deal to buy Lumina Copper Corp. including the Taca Taca deposit in Argentina will curb reliance on Zambia, Barclays Capital said, after the African nation threatened to double taxes on mining. The acquisition of Lumina for about C$470 million ($430 million) “comes as a surprise,” Ian Rossouw, an analyst at Barclays in London, wrote in a note. This “continues to diversify the production base away from Zambia.”

First Quantum, the largest copper producer in the country, said in February it was “concerned” about taxation in Zambia after Finance Minister Alexander Chikwanda said the contribution from mines should double. Zambia is withholding as much as $500 million of value-added tax repayments to mines owned by First Quantum and others, saying they must supply import certificates from countries where their copper ends up. The miners say they sell the metal to traders and don’t know its final destination.

Chikwanda told state ZNBC TV in January that mines in Africa’s biggest copper producer contribute less than 5 percent to the national budget, compared with about 11 percent in South Africa. First Quantum, investing more than $2 billion in a Zambian smelter, copper mine and nickel project, produced 270,724 metric tons of copper and 167,395 ounces of gold in the nation in 2013.

Lumina shareholders will get cash, stock or both, the Vancouver-based companies said yesterday in a statement. Those that choose cash will get C$1

First Quantum, which last year completed its purchase of Inmet Mining Corp. to add the Cobre Panama project, plans to invest $6.43 billion in Panama to produce an annual 320,000 tons of copper from the first quarter of 2018 to seek to become the world’s fifth-largest producer of the metal.
0 a share, 28 percent more than the closing price a day before the announcement, the companies said. “The project should come into production once Cobre Panama has been ramped up, adding to an already exciting development pipeline to take production to over 1.3 million tons per annum by about 2021,” Rossouw said.