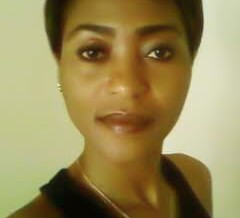 Meet the delightful, vivacious Stephanie Nyirenda (pictured above) when she guested on the most recent edition of our regular Sunday night radio show – The Chanters Lodge Experience with the Milli Jam Ingredient featuring George da Soulchild. The show airs live from 20.30-21.30 hrs on Zambezi fm, Livingstone’s popular local radio station broadcasting on
107.7 fm, and is a great combination of music and chat. George gave listeners the good news that the station hopes to be streaming live on the internet within the next few months!

Although the headline says ‘ZMusicTV’s Stephanie Nyirenda’ in fact Steph is still completing an internship with the Zambia Daily Mail as a reporter. Her best story? Stephanie told listeners she was proud of a story she’d written about Zambezi Nkuku, our local chicken farm, who’d been collecting refuse in Livingstone to convert into compost. She didn’t feel her story had got the exposure in the paper it had deserved! “It happens” we said, sympathetically.

Stephanie’s due to start with ZMusicTV at the beginning of May and will be a reporter and researcher for the site in Zambia. “ZMusicTV”? We wondered? Steph went on to explain that ZMusicTV is an online registered broadcasting entertainment company based in London which aims to broadcast Zambian Music and Art as a way of engaging fellow Zambians, and others interested in Zambia who are actively online, promoting talents in people such as musicians, models and fashion designers, reaching out to as many people in the UK and around the globe via the internet as possible. We asked her how she had got involved with ZMusicTV and she explained that she’d met Remo Mwanamuwila the CEO through a friend and things had taken off from there. We thought ZMusicTV was a great idea and said so, while wishing her and the channel the best of luck. Steph mentioned that you can find ZMusicTV on both Twitter and YouTube.

The music on the show was excellent as usual. Lady Antebellum’s smash ‘I Need You Now’ opened the show and George coupled this with Lady Saw featuring Eve – ‘He Is At My Home’. Two local hits followed – B Flow’s ‘Nkunda’ (dove) and JC ft Roberto with ‘Do Or Die’. Milli Jam chose Lady Gaga’s ‘Dance In The Dark’ with Alexis Jordan’s UK hit ‘Good Girl’. Snoop Dogg is a current favourite of mine and we featured ‘Sweat’ coupled with ‘I’m Into You’ by Jennifer Lopez ft Lil Wayne. We closed with Thompson Square’s US Billboard Country chart number one – ‘Are You Gonna Kiss Me Or Not?” Not – the guys told me!

Back to Stephanie. She told listeners she’ll have been married for 6 years this August but did not yet have any children and yes she missed her husband, a Lusaka businessman. She’d been educated at St Mary’s Secondary School in Lusaka, followed, after some years working, by a 4 year Certificate and then Diploma in Journalism at Evelyn Hone College in Lusaka. She would graduate in July 2011 and invited us to the ceremony! She was greatly looking forward to her new role with ZMusicTV reporting on local artists within Zambia and scouting for talent. Her favourite local musical artists at the moment? B1 and PJ. The guys nodded at her choice.

We gave listeners the usual news of Lodgeblog the Chanters Lodge blog and then the chart news from within Zambia where B1 featuring Daliso is still top with their track ‘Kalata’. We also brought listeners up to date with UK and US pop chart news, as well as a run down of the US country charts. Milli Jam asked Stephanie where she’d like to be and what she’s like to be doing 10 years from now. “I want to be the new Oprah” she said. QED as they say! (Quite Easily Done)!