ZoneFam Up For An Award! 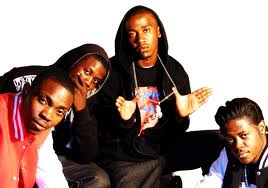 Zone Fam’s “Mbama” video is up for a channel O Award in the Most Gifted Newcomer category reports George Kaufela.

Zone Fam’s Brand New Music Video “Mbama” Premiered on Channel O’s “O Express” on the 24th of July 2011. “Mbama” is the latest single off Zone Fam’s soon to be released album “The Business (Foreign Exchange)” – it is also one of the songs that the group performed on the Big Brother Amplified Stage on the 3rd of July 2011; and was well received by viewers. This is the first time the group has been nominated and we hope they win.

Zone Fam is the Premiere Hip Hop Group in Zambia. Deriving their name from a studio they frequented in their earlier days ‘The Zone’. The main group consists of four individuals; Dope G, Jay Rox, Yung Verbal and Thugga. The group was formed in 2007 and is managed by Duncan Sodala CEO of Slam Dunk Records, Zambia.