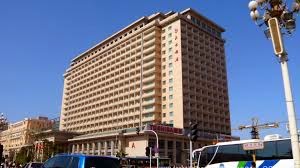 Thanks to Joseph Richard Conte on Facebook for this gem!

A friend went to Beijing recently and was given this brochure by the hotel. It is precious. She is keeping it and reading it whenever she feels depressed. Obviously, it has been translated directly, word for word from Mandarin to English.

Getting There:
Our representative will make you wait at the airport. The bus to the hotel runs along the lake shore. Soon you will feel pleasure in passing water. You will know that you are getting near the hotel, because you will go round the bend. The manager will await you in the entrance hall. He always tries to have intercourse with all new guests.

The Hotel:
This is a family hotel, so children are very welcome. We of course are always pleased to accept adultery. Highly skilled nurses are available in the evenings to put down your children. Guests are invited to conjugate in the bar and expose themselves to others. But please note that ladies are not allowed to have babies in the bar. We organize social games, so no guest is ever left alone to play with them self.

The Restaurant:
Our menus have been carefully chosen to be ordinary and unexciting. At dinner, our quartet will circulate from table to table, and fiddle with you.

Your Room:
Every room has excellent facilities for your private parts. In winter, every room is on heat. Each room has a balcony offering views of outstanding obscenity! .. You will not be disturbed by traffic noise, since the road between the hotel and the lake is used only by pederasts.

Bed:
Your bed has been made in accordance with local tradition. If you have any other ideas please ring for the chambermaid. Please take advantage of her. She will be very pleased to squash your shirts, blouses and underwear. If asked, she will also squeeze your trousers.

Above All:
When you leave us at the end of your holiday, you will have no hope. You will struggle to forget it.

Dambisa Moyo’s new book has debuted at number 13 on the New York Times Best Seller list! I knew Dambisa’s dad Dr Steve quite well back in the day when he was boss of Zambia National Broadcasting Corporation and he was making me organize talent show, telethons and the like! We’re delighted that daughter Dambisa is making such a name for herself!

Zambia’s internationally acclaimed economist and author Dambisa Moyo’s new book Winner Takes All: China’s Race for Resources and What It Means for the World, has debuted at number 13 on the New York Times Best Seller list for Non-Fiction books. Dambisa is also the author of Dead Aid: Why Aid is Not Working and How There is a Better Way For Africa and How The West was Lost: Fifty Years of Economic Folly – And the Stark Choices that Lie Ahead is still on the New York Times Best Seller list.

Dambisa, older sister of singer and author Marsha Moyo and daughter of Indo- Zambia Bank chairperson Orlean and academician Steven Moyo, is only bettered by the likes of The Amateur, by Edward Klein, a journalist who argues that President Obama is a callow and unable to lead, which is on number one and Steve Jobs by Walter Isaacson, a biography of the recently deceased entrepreneur. Others are It Worked for Me (Colin Powell and Tony Kolz), which deals with the rules for effective leadership from the four-start general and former US Secretary of State and Killing Lincoln (Billy O’Reilly), about the events surrounding the assassination of former US President Abraham Lincoln and I Hate Everyone…Starting with Me, which are reflections by the comedian Joan Rivers.

However, Dambisa’s new book examines the commodity dynamics that the world will face over the next several decades, particularly the implications of China’s rush for resources across all regions of the world. With the scale of China’s resource campaign for hard commodities (metals and minerals) and soft commodities (timber and food) being one of the largest in history, Dambisa presents her research of the financial and geopolitical implications of this in a world of diminishing resources and argues that we are in the middle of unprecedented times.

Dambisa, who was born and raised in Lusaka, and holds a Doctorate and Phd in Economics from Oxford University, was in 2009 honoured by the World Economic Forum as one of its Young Global Leaders. In 2010, TIME Magazine named her as one of the world’s 100 most influential people while in September 2009; she was featured in Oprah Winfrey’s power list of 20 remarkable visionaries.
In 2010, she was a participant at the Bilderberg Conference while last year, she spoke at annual Observance ceremony marking Commonwealth Day in Westminster Abbey. She spoke on “Women as Agents of Change” in the presence of Queen Elizabeth II, British Prime Minister David Cameron and 2,000 guests. At the same time, The Daily Beast also selected her as one of the “150 Extra-ordinary Women Who Shake The World” along with Hilary Clinton, Madeleine Albright and others. 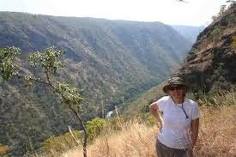 This from Steel Guru is welcome, though one wonders how long the project will take to complete. “Might soon be eased” strikes me as being too optimistic! Yesterday we had a 10 hour power cut and this was the 3rd or 4th power cut during the week. At Chanters Lodge we have a 25.5 kva stand by generator, bought in 2007 but it’s expensive to run, given the 30% increase in the cost of diesel so far this year. The only real solution to the “Zesco Problem” is competition, and that’s not likely to happen any time soon. Here’s the piece:

“Zambia’s electricity woes might soon be eased following the planned construction of a 600 MW plant at a cost of USD 1.5 billion to tap into the nation’s power deficit and avert load shedding to households and flourishing industry, chiefly the mines. Mr Situmbeko Musokotwane finance minister of Zambia and Energy counterpart Mr Kenneth Konga said that they recently returned from China where they signed a Memorandum of Agreement for the project.

According to Mr Musokotwane, the construction of the new hydro power project to be situated in Southern Zambia is expected to commence next year in April, and will help the country reduce on its power deficiency and meet the demand. Mr Musokotwane said that the construction of the Kafue Gorge (pictured above) Lower power project in southern Zambia would start around April next year with initial financing of USD 1 billion expected to come as a loan from the Chinese government. A new JV company, to be formed by state run power company known as Zesco, China’s Sino Hydro Company and the China Africa Development Fund, will borrow the initial funding of $1 billion from China to start the project.

Mr Musokotwane said that the new company would sign a power purchase agreement with Zesco by April 2011 to facilitate the investments into the plant. Zambia has in recent years faced power outages because of the deficiency in the supply to the industrial, domestic and chiefly the mines that have forced the increased demand for power to mine copper, as well as to provide goods and services, as well as to meet domestic demand.

The insufficient capacity by the state owned Zesco to meet demand has resulted in regular power outages, partly due to ageing equipment in the southern African country, which has had no major investments to raise power generation capacity for decades, forcing it to import power from the Democratic Republic of Congo to keep the mines running.

Mr Andoi Akakandelwa deputy energy minister of Zambia recently revealed that Zambia needs about USD 7 billion to meet energy demand in the copper rich nation to necessitate the smooth operation of the mines and other energy requiring projects, as well as to meet agricultural growth. He noted that despite Zambia’s potential, it has failed to maximize its abundant resources that include water to meet the increasing demand.”