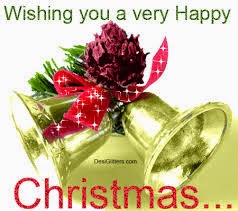 To all blog readers, my family and friends, and to the Clients and staff of Chanters Lodge, have a wonderful Christmas Day!
0

For the first 2012 edition of The Chanters Lodge Experience with the Milli Jam Ingredient featuring George da Soulchild we introduced a new opening track – Olly Murs’ recent UK number one – ‘Dance With Me Tonight’ because, we told listeners, we wanted everyone to dance while they listened to the show! And so we do! ‘The Experience’ is our weekly Sunday night radio show airing at 20.30 hrs on Zambezi 107.7 fm, and streaming live on the internet. On this particular show we knew the streaming was fine as we had an entry from Kenya for the prize we give away each week – to the first listener to tell us who’s singing our ‘oldie of the week’. The track was ‘Where Is The Love’ by Black Eyed Peas and the prize was quickly snapped up by Otilia in Livingstone. As for our Kenyan listener, we told him to get on a plane and come and eat his prize!
Our guests on the show, pictured above, were the Streit family from Munich, Germany, though like me Bernhard Streit (centre) has been living and working in Africa for more than 40 years. Strangely our overseas careers both started in Mombasa, Kenya in the early 70’s! We couldn’t resist the temptation to reminisce on air about ‘the old days’ although our paths had not crossed at that time. Bernhard, a civil engineer and bridge builder, was accompanied on the show by his wife Gerda, a teacher back in Germany and son Robert a student from the University of Munich studying Biology. The only member of the family missing was Bernhard and Gerda’s daughter Werena who’d been in Livingstone for Christmas, but was now back in Germany and we hoped listening live to the show on the internet.

The music on the show was great! After the opening Olly Murs track mentioned above, we dropped ‘Born To Be Wild’ – the latest from Sean Kingston and Nicki Minaj, back to back with Alex Day’s UK Christmas hit ‘Forever Yours’. George da Soulchild, about whom there was a big feature in Zambia’s most popular national daily The Post the previous Friday showcasing his undoubted DJ and musical talents, chooses our local tracks each week on the show. This week his selections were Danny’s ‘Ifya Kon Ka on Ka’ and Chika’s ‘Chimibaba’. Milli Jam chose LMFAO’s ‘Party Rock Anthem’ which he told us is one of the most popular western tracks in the Livingstone clubs right now. He coupled this smash with Rihanna’s beautiful ‘Watch N’Learn’. After our oldie of the week, my ‘Pick Of The Week’ (another new feature for our show in 2012) was ‘Cross My Mind’ by Ludacris ft Damian Marley and Kevin Cossom. We spun the Military Wives and their lovely Christmas number one ‘Wherever You Are’ at the end of the show to say ‘bye’ to the holiday!

Bernhard and Gerda told listeners that they’d lived in Zambia in 2002-2003 when Bernhard was the civil engineer in charge of the construction of the bridge across the Zambezi between Sesheke and Katima Mulilo in Namibia – a beautiful bridge it is too! We demanded he now builds a bridge at Kazangula between Zambia and Botswana and we were treated to a lecture in why it was proving so difficult politically to get the project started, but Bernhard remained confident that the bridge would be built before long. The family had formed a consultancy company – Senex – in Zambia and were looking forward to settling in Livingstone in due course. We wanted to know if Robert had a girlfriend pining for him back in Germany, he said he had not. He told us he loves clubbing in Munich. Although he had not done the bungee jump in Livingstone he’d done the gorge swing and had also been white water rafting. Bernhard and Gerda had not!

Asked where they would like to be and what they would like to be doing in ten years’ time, Bernhard and Gerda said they hoped they would still be around and enjoying life in Zambia, Robert said he hoped he would be following his chosen career as a marine biologist, living an exciting and interesting life. “Married with children?” I asked. The answer wasn’t “yes!” 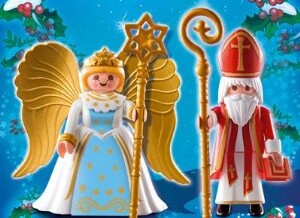 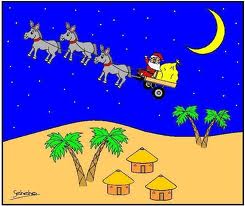 Wishing all our readers, Guests past and present, as well as the staff of Chanters Lodge, and of course my family far and wide, a very Happy Christmas from sunny Zambia!

Have a great weekend!