We are delighted to have cast the slab for our new office structure at Chanters Lodge Livingstone, and there’s the picture. Right now, the slab is under water for the next week or so, not because it’s raining – it’s actually beautifully bright and sunny in Livingstone this morning, but because the slab has to be kept so, to strengthen it.

The offices will, when they are built, be the first thing you see as you drive into the lodge, as opposed to the kitchen roof and back yard which is the view at the moment. The finish will therefore be very important – first impressions!

We hope the building will resume after Christmas.

Shoprite are about to open a big new branch and complex in Livingstone – for those of you who know the city the site is adjacent to Ocean Basket which has been incorporated into the complex. So too have Mr Price, Hungry Lion and Pep. There are also other units for letting.

We hear that everything is due to open this week and it will be good for Spar and others to have some real competition.

Here’s a photo of the development taken yesterday from outside the shops at 217 where Melinda was buying Rice Krispies. I guess they might soon be available at Shoprite more cheaply………or not? 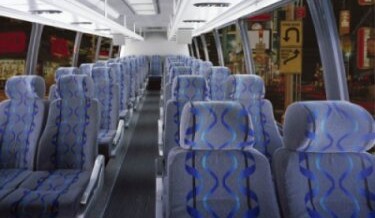 ZAR600 PER PERSON AND INCLUDES:-

VEHICLE WILL PICK UP CLIENTS FROM VICTORIA FALLS BACKPACKERS AT 3.00AM FOR BUS DEPARTURE AT 3.30AM

BUS DEPARTS BULAWAYO 1.00PM AND ARRIVES IN JOHANNESBURG 3.00AM NEXT DAY. CONDUCTOR WILL ORGANISE TAXI TO ACCOMMODATION (THIS SERVICE NOT INCLUDED IN PRICE)

An End To ‘Loadshedding’?

For all Zesco haters, is this a glimmer of hope…..?

“Four Southern African countries have agreed to develop a $225 million power line that would allow an extra 600 megawatts to be transmitted around the region, an official said on Thursday. The project is expected to be completed in the last quarter of 2010. It seeks to connect Zimbabwe, Zambia, Botswana and Namibia — all of which plan to boost the amount of power they generate in coming years — in a project known as Zizabona.

It will ease congestion on a transmission corridor to South Africa, the region’s largest consumer of electricity which is battling to meet demand. It also will allow the four countries to export more power and to trade energy with each other via a regional power pool. The project also will allow easier transmission of hydropower from the Democratic Republic of Congo to South Africa and the rest of the region.

“The four utilities will develop, build and own the transmission infrastructure. This project seeks to reduce losses and congestion on the SAPP central corridor,” said Musara Beta, an official from Zimbabwe’s ZESA. ZESA is one of the four promoters of the project along with Zambia’s ZESCO, Nampower of Namibia and the Botswana Power Company. He was addressing a power conference hosted by the Southern African Power Pool (SAPP). The Zizabona transmission line will extend from the Hwange substation to a switching station near Victoria Falls in Zimbabwe, into Livingstone, Zambia. The line will also link Pandamatenga in Botswana and the Zambezi substation in Namibia.

“The project clearly would serve the national electricity needs of all four member countries and the interconnector would also … decongest the central corridor,” Beta added. With the region facing increased power shortages, the SAPP is turning its focus to smaller initiatives with relatively short timelines in order to meet growing demand, which experts say will peak at 100,000MW in 2025. Apart from the Zizabona link, Zimbabwe’s ZESA has also proposed the construction of a 160 kilometre transmission line to increase the north-south transfer capacity of the Zimbabwe network to 600MW, against the current 200MW.

The proposed Central Transmission Corridor (CTC) project is to be jointly developed by ZESA, which would have a 20 percent shareholding in the venture, while prospective private investors would take up the additional 80 percent. ZESA chief executive Ben Rafemoyo said the project would require $100 million.”

The picture? Kariba Dam. Oh, and the tariffs have just gone up 35%! 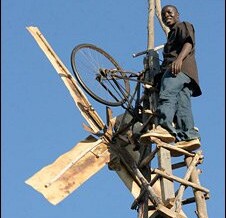 This from Livingstone Weekly caught my eye:

The service will operate from Nelspruit Kruger to Livingstone every Monday, Wednesday and Friday, in both directions. The new service will enable tourists to Southern Africa to have the pleasure of an early morning game drive within the Greater Kruger and enjoy sundowners overlooking the Zambezi the very same day!”

Here’s something possibly more interesting than your normal Monday morning inbox – it’s my Thursday by the way, as my half day will be on Wednesday this week…

“Zambia’s dependence on copper has tethered its economy to every swing in the metal’s price for decades, but President Rupiah Banda told AFP heavy new government spending will help break that cycle. Zambia’s troubles mirror those of many African countries whose economies depend heavily on exports of a handful of raw materials, leaving them vulnerable to swings in commodities prices, like the dramatic drops seen last year.

Zambia’s case is particularly severe, with 80 percent of its exports earnings coming from copper. The 65 percent drop in the metal’s price last year sparked thousands of layoffs and a 73 percent fall in the value of its kwacha currency. The country’s leaders have long promised to diversify the economy away from copper, but in an interview with AFP, Banda said he is confident his government will make progress by pouring money into long-term investments in manufacturing, tourism and agriculture.

“What we have done at least, we have put a lot of emphasis and a lot of money in our budget on those sectors we want to concentrate on in addition to mining,” Banda told AFP on the sidelines of the World Economic Forum (WEF) meeting in Cape Town. “We want to keep the mines that are open open, but we also want to start factories, we want to start more agricultural projects.”

When Zambia won independence from Britain in 1964, it was considered a middle-income country. But a fall in copper prices in the 1970s and failed exercises in socialism left it among the world’s poorest today. Banda was elected president in October 2008, in the middle of a new downturn that saw copper prices fall from 8,000 US dollars per metric tonne to 2,800 dollars in about six months. But he inherited a better situation than the country has seen in past downturns. Zambia’s economy grew at an average of 6.2 percent in the last three years, and is forecast to slow to four percent growth in 2009.

The government used the good times to build up more than one billion dollars in foreign reserves, giving Banda a cushion to spend even during a downturn. He is putting a major emphasis on agriculture, increasing spending by 37 percent this year in hopes of improving food production and creating new export crops. Zambia, which is among the few African countries that has never experienced major civil strife, boasts large tracts of land with potential for game ranching and adventure holiday tours.

The country is also looking to new markets for its goods. Mining minister Maxwell Mwale told AFP that resurgent demand in China and India has helped stabilise copper prices around 4,500 dollars, with output up more than 13 percent in the first four months of the year. Energy minister Kenneth Konga said the country had the capacity to produce an additional 8,000 megawatts of power and export it to its neighbours such as South Africa, which suffers steep energy deficiencies.”

Make of this what you will – in my opinion Zambia talks tourism but doesn’t ‘do’ tourism! Some examples? Immigration, infrastructure, tax, and foreign investment. That bit about increased electricity exports? That’s a bit of a joke with Zesco in the state it’s in….

The picture? Fishing for ‘yellow bellies’ on Lake Tanganyika, Northern Zambia.
I wish…………