Meet Bob and Cindy Orr, both mathematics teachers from New Jersey, USA, and currently Guests at Chanters Lodge, Livingstone as well as volunteers with the Butterfly Tree Charity working out at Mukuni Village near Livingstone, Zambia. Bob and Cindy were Guests on the most recent edition of ‘The Chanters Lodge Experience with The Milli Jam Ingredient featuring Kaufela’, our regular Sunday night radio show on
Zambezi 107.7 fm, Livingstone’s leading local radio station.

Bob and Cindy told our listeners that, founded in 2006 by Jane Kaye-Bailey, The Butterfly Tree Charity supports rural communities in Zambia decimated by the HIV and AIDS pandemic – providing safe water, feeding programmes and improved health and education facilities as well as an orphan sponsorship programme. Had they been teaching maths out at the village? We wondered, but this charming couple explained that they’d been busy interviewing and filming the children at the Mukuni Village School with the aim of making a video, and also to help them in the preparation of a programme for students. The video would also eventually be used for fund raising purposes back in the USA.

Bob and Cindy said that not only was this their first visit to Zambia but also to Africa and that they were thrilled with the experience thus far. While most of their time had been taken up out at the village they had had time for one or two tourist activities, namely a one day safari to Chobe NP in Botswana and the rhino walk that very morning in our own Mosi-o-Tunya NP in Livingstone. They had enjoyed both trips immensely especially being able to see the animals close up. “Any rhino, elephant and hippo in New Jersey?” We wondered. “Only in zoos!” The predictable reply.

The music on the show was great as usual. We opened with new tracks from Redfoo (of LMFAO fame) and Wiley. Kaufela’s Zambian selections were Roberto’s ‘Eponaba’ and Starn’s ‘Wachimfya’. No translations available! Milli Jam dropped Robin Thicke’s smash ‘Blurred Lines’ back to back with Ne-Yo’s latest ‘Keep Talking’. Our oldie of the week was Beyonce’s ‘Halo’ and the prize we give to the first person to text us the name of the performing artist was quickly snapped up. My pick of the week was Estelle’s ‘Call These Boys Up’ for the Chanters Girls at the lodge.

Bob and Cindy told listeners they had been married for 27 years and had a son and a daughter David 21 and Kate 25 respectively. No grandchildren as yet. We wondered if they had been affected by horrible hurricane Sandy that hit New Jersey recently and they told listeners that although they had lost some 25 trees on their property, otherwise theirs had been a lucky escape, compared to the decimation suffered by other people. The couple were looking forward to seeing the Victoria Falls before they left for the USA and hoped to make a return visit to Zambia in 2014. Music wise Cindy said she loved jazz, Bob that he was more into 60’s and 70’s rock.

Asked where they would like to be and what they would like to be doing ten years from now, Bob told listeners that he hoped to still be teaching maths but also being helpful to people in Africa in need of clean water and other assistance. Cindy said she hoped to be travelling, developing her second career as a poet, as well as making a return visit to Zambia.

We wished them the best of luck and thanked them for appearing on our show. 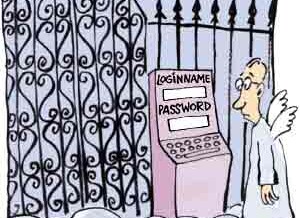 Thanks to Judy in Australia for these gems!
1. Old Age Homes
During a visit to my doctor, I asked him:
“How do you determine whether or not an older person should be put in an old age home?”
“Well,” he said, “we fill up a bathtub, then we offer a teaspoon, a teacup and a bucket to the person to empty the bathtub.”
“Oh, I understand,” I said. “A normal person would use the bucket because it is bigger than the spoon or the teacup.”
“No” he said. “A normal person would pull the plug. Do you want a bed near the window?”

Find the C below.. Please do not use any cursor help.

If you already found the C, now find the 6 below.

This is NOT a joke. If you were able to pass these 3 tests, you can cancel your annual visit to your neurologist. Your brain is great and you’re far from having a close relationship with Alzheimer.