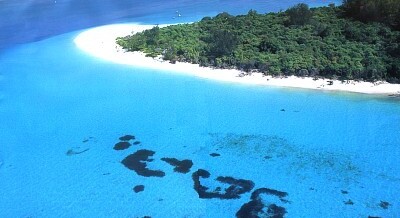 “The financial crisis is continuing to damage the travel industry with the number of global arrivals this year to be worse than originally predicted, according to the World Travel Market (WTM) Global Trends Report. The report, produced by Euromonitor International, revealed that global arrivals are expected to decline by 8% by the end of the year, while flight and hotel sales are expected to be down by 14% and 16% respectively.

Worse yet, a full recovery for tourism is not expected until 2013. Presenting the results of the report at the WTM Forecast Forum, BBC journalist Thalia Pellegrini said: “The global financial crisis is taking its toll on the industry – falling expenditure, lack of credit and rising unemployment caused a slump in confidence and demand.” She added that while the swine flu epidemic had been contributed to the global tourism decline, demand would continue to be inhibited by low consumer confidence and rising unemployment.

Euromonitor International global travel and tourism manager Caroline Bremner said the UK’s Air Passenger Duty will affect recovery and be a “major inhibitor for growth” as this is “making the UK appear uncompetitive”. However, the recession had already opened up a new market in the North America market called the ‘funemployed’ – increasing numbers of cash-poor and time-rich people who are deciding to use their redundancy to finance travel. While in Africa the ‘Obama effect’ is driving the growth in “roots tourism” especially from the US, which has a high number of African American citizens.

In the UK, the effect of the recession has been to drive the hotel market to look at building pop-up hotels as demand for good-value accommodation increases. The report also revealed that travel sales online are expected to grow by 4% whereas the total travel market is down 1%. Bremner added: “This also due to the fact consumers are booking later.”

Zambia needs to act to remain competetive too! I guess most of the “roots tourism” mentioned will head for West Africa. The picture? Mafia Island, Tanzania. An hotelier friend on the Island, recently had a guest complaint that their beach was mud! If so, from that picture, take me to the mud! lol!
0