Hotels Are Booming Again In USA! 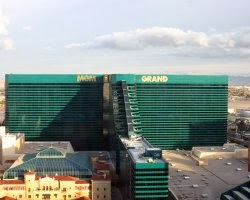 This piece from Glenn Haussman on HotelInteractive is about America – it’s not about Livingstone, Zambia – I only wish it was! The picture? MGM Grand in Las Vegas, Nevada, the USA’s biggest hotel! Hope the good results over there spread worldwide! Soon!

“All hail the upswing! The lodging industry is in record breaking mode. After the depth of the Great Recession it’s great to see the amazing heights the industry is achieving. And the best news is there is still so much upside profit potential to be mined during the next few years. People just have to be savvy enough to take their share.

As we have discussed here in the pages of Hotel Interactive before the hotel business is perfectly positioned in an amazing sweet spot as a confluence of factors play into the industry’s favor. More people are traveling than ever before and those same travelers feel wealthier as 401k values and home values soar, which makes them willing to pay more for a hotel room. Plus, supply in most markets is below demand levels. That’s keeping hotels filled while investors are just getting started on projects that won’t really impact raw supply numbers until 2015 and beyond.

When you look at industry fundamentals, records are being broken everywhere, including most industry revenue ever at $122 billion. Other records broken in 2013 were ADR, RevPAR, and most room night sold at 1.1 billion.

Even better news is the economy is soaring, both in and out of the hotel industry. The general economy is seeing record high stock market valuations while large type sale items such as homes and cars are doing very well. Plus, more things are being made in America than in a generation.