Check this lovely picture of Chanters Lodge Livingstone, showing just a small part of the wonderful seasonal display of bougainvillea in the garden, our lovely swimming pool and the construction of two additional bedrooms on the northern side of the site. We hope the construction will be complete and the rooms available for letting by mid-November this year.

The new rooms will each have one double bed, en suite bathroom with seperate shower, tv (we currently offer 5 channels), fridge, airconditioner and wifi access (free to resident Guests at the moment). The extension is being undertaken due to the high demand for the existing pool side rooms and for accommodation in mid 2010 when the World Cup will be held in South Africa.

A good place to wish my son Jan Martyn and his wife Josephine all the very best on the first anniversary of their wedding in London last year. The couple met when they were both students at Hull University. Jan Martyn is a Chef at a restaurant in Barnes and Jo is Technical Manager at the Design Museum in Lonodn.

Wishing them a great day!

It might look a bit like a prison, but actually this picture shows signs of good progress!

You’ll have guessed it’s the latest picture of our two roomed accommodation extension by the poolside at Chanters Lodge, Livingstone – rooms 11 & 12. You can see the door and window frames in the process of being fitted and the roofing trusses are being put together on site too. Look up!

What can’t be seen are the conduit pipes fitted by the electricians, and the plumbers’ work too.

I’d like the rooms to be finished before the rains arrive on or around November 15th, we’ll see if that’s possible.

Rainbows In The Night

No not a new take on the old Sinatra favourite ‘Strangers In The Night’ but:

How can there be a rainbow when it’s clearly dark? A lunar rainbow! Beautifully photographed recently by John Macdonald from Malawi. Victoria Falls, Zambia is one of the very few places in the world where, at the right time of year, you can witness this truly wonderous natural phenomenon.

John and his family stayed of course at Chanters Lodge during their visit. 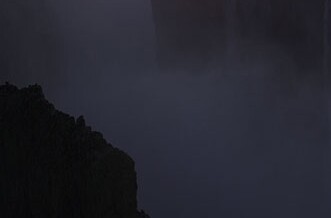 Just occasionally a picture of where we have the privilege to live turns up that blows me away and the one above does that!

It was sent me by John Macdonald a recent Guest at Chanters Lodge, with this accompanying e mail:

Thank you for your warm email. Yes, we did enjoy our stay and thanks for your recommendations on what to do and see. Attached are a couple of photos from our visits to the Falls. Hope you enjoy them. With the good new road from Chipata, we’re sure more people from Malawi will be visiting: we’ll certainly be recommending you to any friends and happy for you to pass on our recommendations.

Now, just how nice is that?

As reported in the press, John Mwankatwe has died and today is to be given a State Funeral by the Zambian Government. He was a remarkable man, one of Zambia’s first graduates in law, he served as a Minister in the Government and amongst other distinguished posts, Chancellor of University of Zambia. He was a Zambian, a lawyer, author and intellectual.

His son Mupanga Mwanakatwe is married to Margaret, an executive with Barclays Bank, and elder sister to Towela, mother of two of my children, Michael and Alexandra. They knew late John as ‘grandpa’ and were very sad at news of his passing. John gave me very valuable advice in 1992 when I unexpectedly had to leave my post as General Manager of Ridgeway Hotel (now Southern Sun Ridgeway). Some of the advice I followed and some I didn’t – it was valuable!

Late John was often guest of honour at functions held at the Ridgeway. This was always a cause for concern. Why? Well, his speeches used to last so long it disturbed the food service! He was a lawyer after all! We always used to try and pursuade the organizers to let us serve the main course before the speeches. When they asked “why?” Our reply was “well, do you really want to eat your main course at midnight!” Consternation!

Late John always passed by Chanters Lodge when he visited Livingstone to see my progress and express his best wishes, and I highly valued these visits. He’ll be missed by family, friends and all who had the privilege to know him.

United Air Charter in Livingstone, Zambia have a special offer for guests at Chanters Lodge and other establishments in Livingstone.

“A 10min flight over the falls for ONLY $99 US dollars

COME AND ENJOY YOUR SHORT AND SWEET” – they say – “Real Value for Money FLIGHT!
The Flight will include one and a half circuits to the left and the right over the falls.

These special offer flights will be open for bookings from the 16th August 2009 up to the end of October 2009. Make sure you don’t miss out!!!

TERMS AND CONDITIONS
Please note the departure times for this special offer are between:

The Ageing Sound of Music!

In view of my current bout of ill health, this from Julie Andrews of Sound of Music fame seemed appropriate:

Hot tea and crumpets and corn pads for bunions, No spicy hot food or food cooked with onions, Bathrobes and heating pads and hot meals they bring, These are a few of my favorite things.
Back pain, confused brains and no need for sinnin’, Thin bones and fractures and hair that is thinnin’, And we won’t mention our short shrunken frames, When we remember our favorite things.
When the joints ache, When the hips break, When the eyes grow dim, Then I remember the great life I’ve had, And then I don’t feel so bad.

Here’s a great up to date photo of my son Henry at the Victoria Falls. He was pretty scared but by the time I took this he had recovered! I’m sure next time he’ll enjoy it more!

This from Fresh Inc:

LightWedge CEO Jamey Bennett was desperate to get his product, a book light, on The Oprah Winfrey Show. It eventually got to the point where the producers called his company to tell them to stop sending samples. When the product was actually featured a few weeks later, it came to Bennett as a complete surprise. His company noticed a sizable spike on the company’s website on December 7, 2007. The site, which for the previous three days had averaged $3,700 in sales per day, soared to $90,000 in sales in one afternoon.

What Bennett later found out was that a sleep expert named Dr. Michael Bruce did a segment on Oprah about products that help people get a good night’s sleep, and he brought a reading light made by Bennett’s Newton, Massachusetts-based company, No. 1609 on the Inc. 5000. All it took was for Winfrey to take the light out of Dr. Bruce’s hands and say, “I have to get one of these,” for sales to go through the roof.

For Bennett, getting on Oprah was a major stroke of luck because it seems that most everything Winfrey touches turns into gold. She’s one of the most influential personalities in media that has made (and sunk) many businesses. The so-called “Oprah Effect” can bring fame to an obscure company translating into dramatically increased sales. Even a casual mention of a product, exposed to her 44 million weekly viewers, is a boon for the company that makes or sells that product. Several companies from the 2009 Inc. 500|5000 have been so lucky as to score a spot on The Oprah Winfrey Show over the past three years, perhaps accounting for a great deal of their growth during that period.

For Ossining, New York–based No. 708 Ecobags.com, makes and sells stylish reusable grocery bags. In late 2006, the “bring your own bag” movement was just picking up steam.“We hired a PR company,” Rowe says, “with the single directive: ‘Get us on Oprah.’” In April 2007, the bags were selected to be featured on Oprah’s Earth Day episode. The response was immediate—the company was flooded with phone calls and e-mails. At the time, Rowe was working at home with only one other full-time employee. Every time they hung up the phone, it would ring again. Sales tripled, with 2,789 orders in the first week after the episode aired. Rowe adds, “We were lucky that our website was scalable, and our server didn’t crash.”

Pierce Mattie, of New York–based Inc. 5000 No. 1428 Pierce Mattie Public Relations, agrees. His company was responsible for getting a line of clothing from Old Navy on the show last year (and incidentally, even a company as big as Old Navy benefits enormously from that kind of exposure; they sold out of that item the week the show aired). “A business that appears on Oprah should be one that is sustainable and ready to do mega volume. For a business, it can be a benchmark of a success and can almost guarantee millions of dollars in new revenue,” Mattie advises.

Galaxy Desserts, based in Richmond, California and No. 2297 on the Inc. 5000, is another company that owes much of its success in recent years to the influence of Winfrey. In both 2002 and 2003, Winfrey selected Galaxy products for her “Favorite Things” list after noticing them in the Williams-Sonoma catalog and requesting samples. More recently, in 2005, Oprah featured Galaxy’s croissants as an all-time Favorite Thing; then in 2006, the croissants were on an “Oprah’s Favorite Breakfast” segment. For the Favorite Things episode, Galaxy’s president and CEO, Paul Levitan, says, “My partner, Jean-Yves Charon, took the red-eye to Chicago with about six hours notice in order to get fresh croissants ready for both Winfrey and the audience for that show.” Since its first exposure on the show, Galaxy has increased its croissant production capacity by approximately 1,000 percent.

It was being in the right place at the right time that brought Inc. 500 No. 156 College Hunks Hauling Junk to Oprah. The president of the company, Nick Friedman, met a business coach named Steve Dorfman at a networking function in Washington, D.C. (where his company is headquartered), and told Dorfman about his junk removal service. It turned out that Dorfman’s parents were compulsive hoarders and that he had contacted Oprah for help. Moreover, Dorfman mentioned the producers of the show were becoming frustrated with the company they were using to haul away the trash. He called the producers that night and told them about Friedman’s business. The show called Friedman the next morning, and he immediately sent four trucks and 10 workers to the property, removing the unwanted furniture, appliances, trash, and clutter and transporting them to be properly donated, recycled, or disposed of. The company’s website traffic for the day the show aired was 10 times the usual amount. Because Friedman’s company was able to help them out in a bind, he got a call about a year later about assistance on a similar project taking place in New York City. “At the time,” Friedman says, “we did not have a franchise in New York City, but when Oprah calls, we drop everything. So four of our guys and I jumped into our trucks in D.C. and drove up to New York to appear on the show for a second time.”

There can also be a downside to the Oprah Effect, he warns. In 1996, Oprah made comments during a segment about “Mad Cow” disease about never eating another burger. As a result, she was sued by a group of Texas cattle ranchers who claimed that her comments had caused them to lose $11 million in business. However, in 1998, a jury rejected the lawsuit. An appeal was dismissed with prejudice by a federal court in 2002. The ruling didn’t deny that the cattlemen lost money; the dismissal was based on Winfrey’s right to free speech and the fact that she didn’t say anything untrue about the industry.