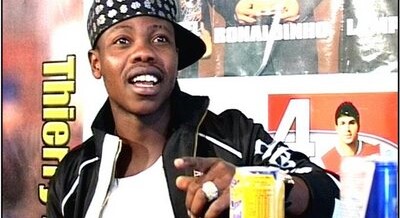 Thanks to George da Soulchild Kaufela for this one!

Zambia might be missing at the prestigious Channel O Music Video Awards 2012 but there is still hope in the entertainment industry as Zambia’s Ruff Kid has won a nomination at this year’s Black Entertainment Film, Fashion, Television and Arts (BEFFTA) UK awards.

Ruff Kid who is known for his eccentric rap music becomes the second Zambian to be nominated for the BEFFTA in the best international act category, pitting him with top charters Zahara, Camp Mulla, Cover Drive, Dbanj and Grace Galaxy.

The other only Zambian to be nominated in that category was CRISIS in 2011 who went on to win the prestigious annual award.

The ‘Chilibwe Chakale’ singer posted on his Facebook page about the nomination,

“I am nominated at this year’s BEFFTA AWARDS UK under Best International Act. So thank you all very much the support is very much needed, Voting will begin on Sunday 7th October and ends on Sunday 21st October via www.beffta.com/voting.