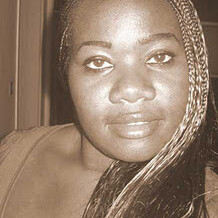 I found this on the African Women In Cinema blog and thought it great to see a Zambia woman making a name for herself in cinema. Seya is in interview with Beti Ellerson. I have shortened it but if you would like to read the whole interview go to the link. We wish Seya the very best of luck!Seya, you are an emerging filmmaker from Zambia, what were your experiences in cinema while growing up?

Well I come from a family that watched a lot of classic movies like My Fair Lady, A Sound of Music (my favorite film of all time), Fiddler on the Roof, Scrooge, and lots of classic Disney movies like Cinderella, Sleeping Beauty, Bambi, etc. But these were viewed at home, and not at an actual cinema because at the time the state of cinema theatres in this country had deteriorated and we weren’t allowed to go anywhere near them. Despite all this, my interest in performing arts emerged.

You have had diverse international experiences in media production, starting in high school in fact at the International School of Geneva, what role have they played in the evolution of your career at present?

My international background has played a huge role in my life and my career; it has exposed me to so many cultures. At this moment in history, I think it’s critical to learn and understand how to live and work with people of different cultures. And it’s the same in the media industry. Looking at the high school productions, such as the German play The Visit, we had students from different ethnic backgrounds taking up German roles. For my role, I played a painter and recited some of my lines in German, which was tough during rehearsals but when it was show time, I have to say we all did a remarkable job. My work ethic today is what it is because of my past experiences; it has made me a perfectionist.
You attended a film internship program in Helsinki, Finland in 2010. What did the internship entail, how did you become involved with it and what were your experiences?

The film internship in Helsinki, Finland came about after the 2008 production of the feature film Suwi by Musola Cathrine Kaseketi. It was the first co-production between Zambia and Finland. We had half of the crew come from Finland. And upon completion of the production, the Finnish crew wanted to do more for the young Zambian crew in terms of training since Zambia has no film school. When they returned to Helsinki, they presented a proposal to the Finnish Government to do a 3-month film internship in Helsinki. Due to budget constraints, they couldn’t take the whole Zambian crew, so only three could go in 2009, which was the first year. There was an application process and selection, so I applied for the 2010 group and got selected. I had an amazing experience during the internship and learnt a lot, including: the history of film and filmmaking, exercises in making short amateur silent films, attending the 2010 Helsinki International Film Festival, scripting and directing a short film called Kayemba.
Your final project, Kayemba, is about the traumatic experience of a young Finnish-African woman by the same name. Why did you choose this subject, what were your experiences with the actors and crew, and what has been the reception of the film?

The idea for Kayemba came about while still in Zambia, before I leaving for the internship. As part of the application for the internship, one had to send a synopsis of a film one would like to make at the end of the internship and so that is how Kayemba came about. I am a human rights advocate at heart and I wanted to do something that had to do with women’s rights. The subject matter for Kayemba is so important and relevant and needs to be talked about and addressed with urgency throughout Africa and the world at large. There are a lot of women, young women in fact, whose rights are infringed upon, due solely to the fact that they are women. And if this film helps even one woman, then I will be satisfied.

The cast and crew of Kayemba were a great group to work with. Everyone was very dedicated to this project before, during and after the shoot. I am so grateful to them. They made my directorial debut stress free. Kayemba is screening at the 2011 Kenya International Film Festival (21-31 October), which is really exciting. This is the first major film fest at which it is being screened. Some viewers expressed feeling depressed, maybe because of its inconclusive ending. There is no happy ending. I wanted it to be as realistic as possible. Some did not like it. For instance one YouTube viewer commented “I don’t believe that showing violence prevents violence. That is why I don’t like this film. It is not a good idea to show a rape.” But overall, the responses have been encouraging.