Shouldn’t It Be Easier Than This? 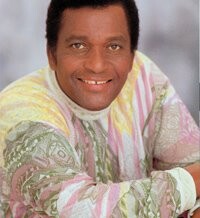 The picture’s of that great country singer Charley Pride – for years the only established country music star of colour. The title’s a track from one of his more obscure albums ‘I’m Gonna Love Her On The Radio’ now read on:

Out of the blue I received this e mail from Alex Seguin (whom I did not know):
“I am writing from the USA and will be travelling soon. It is important to me to have an already activated Zain sim before I leave. Could I purchase one from you and have it mailed to me here? Best regards, Alex”

I replied:
“This has to count amongst the strangest requests ever! I’ll see what I can do. Send me your physical address“

Alex replied:
“If you are able to find a zain sim, could you insure that the phone number/sim card is activated before you send it? Otherwise, the chip would be useless when I receive it since I won’t be in Zambia to activate it myself. How would be best to pay you?“
(and he sent me his address)

Well, we’ve done it, activated it and sent it, hoping it arrives in time. I was going to do it for free, but then I had a brain wave. I decided the best way he could pay me was to find, download and send me a Charley Pride album I’ve been hunting for ages that was stolen from me years’ back and is really hard to get hold of, called “I’m Gonna Love Her On The Radio”. I took a shot in the dark and asked him.

Alex was raised in Texas and knows Charley’s music! He’s already sent me three stunning tracks (including of course ‘Shouldn’t It Be Easier Than This?’) and has found a cassette of the album which he’s put on a CD and sent me. One strange request deserves another, you could say! These tracks will feature on Zambezi Radio 107.5 fm in the near future, probably on Jumbo’s ‘Down Memory Lane’ on a Tuesday night.

The internet? Amazing! I’ve asked him one last thing – how did he find us in the first place…….?
I’ll let you know!