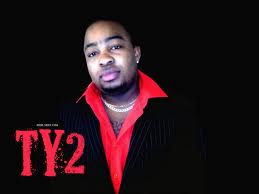 Ty2 Reaches out to Jakayo

Local artist Ty2, whose real name is Mbangweta Mweendaweli, has reached out to Jk and Kayombo to help him relaunch his 4th studio album in grand style. JK and Kayombo, together know as “JAKAYO”, are jointly managing a music distribution, promotion and packaging company under the same name.

“Another Level” is Ty2’s latest offering – it was quietly released in June this year under David Sling Studio – but because of lack of promotion not many fans knew that the album was out, resulting in poor CD sales.Ty2 hopes that the move to Jakayo will boost sales. More importantly he hopes it will put him in a position to have shows almost every weekend. Most artistes in Zambia make more money from concerts than from CD sales.

Born N Bred video awards set for the 16 of December.

Born and Bred music video Awards have been held every year in December since 2008. This year, Zambia’s only video music awards are set for Thursday 16th December.The biggest question on everyone’s mind is who is going to win the Music Video Of The Year, as this year has seen some great music videos – most of them being locally produced. Music Video Of The Year has in the past been won by the likes of Mampi and Roberto. The awards were created to help the music industry advance in music video productions and so far things are looking great:-)