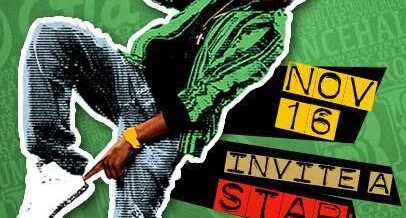 George da Soulchild Kaufela, co-host of both Zambezi 107.7’s Breakfast Show as well The Chanters Lodge Experience each Sunday on the same station, is excited about the Zambia Music Awards 2014 launch party, set for next week, November 16th 2013. He writes:

“Early this year witnessed the successful hosting of the first ever Zambia Music Awards sponsored by Mosi Lager honouring local artists with 31 categories in total, ranging from Best Traditional Performer to Best Keyboard Player to even Best Radio DJ! We all know that radio DJ’s play a vital role in the promotion of local music!

Screens will be fitted around the venue with presentations to explain the voting process and how to nominate for each of the 34 categories. There will be great live performances by a few artists to get you in the mood!

More information will also be made available on the official sites www.zambiamusicawards.com and the Facebook page www.facebook.com/ZambiaMusicAwards. I must add that the 2013 Awards were well organised and attended. Rapper Slap Dee was the biggest winner on the night walking away with six awards.

This year’s nominations are opening soon. The Zambia Music Awards honour achievements in the recording arts and support the Zambian music industry without regard to album sales or chart position.”