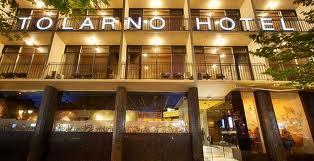 An elderly married couple are travelling by car from Victoria to Prince George. Being seniors, after almost eleven hours on the road, they were too tired to continue and decided to take a room. But, they only planned to sleep for four hours and then get back on the road.

When they checked out four hours later, the desk clerk handed them a bill for $350.00. The man explodes and demands to know why the charge is so high. He told the clerk although it’s a nice hotel; the rooms certainly aren’t worth $350.00 for four hours. Then the clerk tells him that $350.00 is the ‘standard rate’. He insisted on speaking to the Manager.

The Manager appears, listens to him, and then explains that the hotel has an Olympic-sized pool and a huge conference centre that were available for us to use.
“But we didn’t use them,” the husband said.
“Well, they are here, and you could have,” explained the Manager.

The Manager went on to explain that the couple could also have taken in one of the shows for which the hotel is famous. “We have the best entertainers from New York , Hollywood , and Las Vegas perform here,” the Manager says.
“But we didn’t go to any of those shows,” the husband said.
“Well, we have them, and you could have,” the Manager replied.

No matter what amenity the Manager mentioned, the husband replied, “But we didn’t use it!”
The Manager is unmoved, and eventually the husband gave up and agreed topay.

As he didn’t have the check book, he asked his wife to write the check.
She did and gave it to the Manager.
The Manager is surprised when he looks at the check. “But ma’am, this is made out for only $50.00.”
“That’s correct. I charged you $300.00 for sleeping with me,” she replied.

Don’t mess with senior citizens….. They didn’t get there by being stupid.