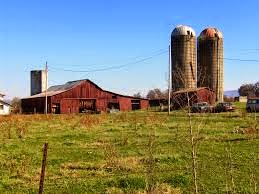 Thanks to my old friend Bill Norley for this classic:

When you’re from the farm, your perception is a little bit different.

A farmer drove to a neighbour’s farmhouse and knocked at the door.
A boy, about 9, opened the door.

The farmer stood there for a few minutes, shifting from one foot to the other, mumbling to himself, when the young boy says,

“I know where all the tools are, if you want to borrow one, or I can give Dad a message.”
“Well,” said the farmer uncomfortably. “No, I really want to talk to your Dad, about your brother Howard getting my daughter Suzy pregnant”.

The boy thought for a moment…then says, “You’ll have to talk to my Dad about that. I know he charges $500 for the bulls and $150 for the pigs, but I have no idea how much he charges for Howard.”

Have a good day! 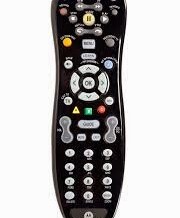 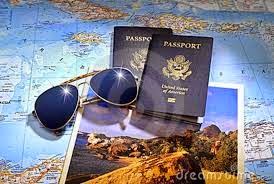 Thanks to Judy in Australia for this ‘nice’ piece!

I have been in many places, but I’ve never been in Kahoots. Apparently, you can’t go alone. You have to be in Kahoots with someone.

I’ve also never been in Cognito. I hear no-one recognizes you there.

I have, however, been in Sane. They don’t have an airport; you have to be driven there. I have made several trips there, thanks to my children, friends, family and work.

I would like to go to Conclusions, but you have to jump, and I’m not too much on physical activity anymore.

I have also been in Doubt. That is a sad place to go, and I try not to visit there too often.

I’ve been in Flexible, but only when it was very important to stand firm.

Sometimes I’m in Capable, and I go there more often as I’m getting older.

One of my favorite places to be is in Suspense! It really gets the adrenalin flowing and pumps up the old heart! At my age I need all the stimuli I can get!

I may have been in Continent, but I don’t remember what country I was in. It’s an age thing. They tell me it is very wet and damp there. 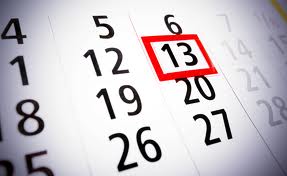 Thanks to Judy in Australia for these few gems!

– I’ve been charged with murder for killing a man with sandpaper.  To be honest I only intended to rough him up a bit.

– A mummy covered in chocolate and nuts has been discovered in Egypt.
Archaeologists believe it may be Pharaoh Roche…

– A boy asks his granny, ‘Have you seen my pills, they were labelled LSD?’
Granny replies, f@@k the pills, have you seen the dragons in the kitchen?!

– Little Billy asks his dad for a telly in his room.  Dad reluctantly agrees.
Next day Billy comes downstairs and asks, ‘Dad, what’s love juice?’
Dad looks horrified and tells Billy all about sex.
Billy just sat there with his mouth open in amazement.
Dad says, ‘So what were you watching?’
Billy says, ‘ Wimbledon .’

– A woman standing nude in front of a mirror says to her husband: ‘I look horrible, I feel fat and ugly, pay me a compliment.’
He replies, ‘Your eyesight is perfect.’ 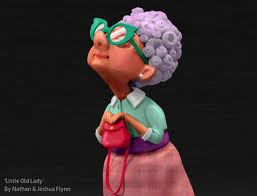 From Judy in Australia! Have a great weekend!

One Sunday morning, a priest decided to do something a little different. He said ‘Today, in church, I am going to say a single word and you are going to help me preach.  Whatever single word I say, I want you to sing whatever hymn that comes to your mind.

Then the pastor shouted out:

The pastor hollered out ‘GRACE.’
The congregation began
to sing ‘AMAZING GRACE, how sweet the sound.’

The pastor said ‘POWER.’
The congregation sang ‘THERE IS POWER IN THE BLOOD.’

The Pastor said ‘SEX’
The congregation fell into total silence.

Everyone was in shock. They all nervously began to look around at each other afraid to say anything. Then all of a sudden, way from in the back of the church, a little old 87 year old grandmother stood up and began to sing:

Nursery Rhymes with attitude – thank to Judy in Australia.

1. Mary had a little pig,
She kept it fat and plastered;
And when the price of pork went up,
She shot the little bastard.

2. Mary had a little lamb.
Her father shot it dead.
Now it goes to school with her,
Between two chunks of bread.

3. Jack and Jill went up the hill
To have a little fun.
Stupid Jill forgot the pill
And now they have a son.

4. Jack and Jill went up the hill
To fetch a pail of water
Jill came down with half a crown
I guess they didn’t go for water!

7. Hey diddle, diddle, the cat took a piddle,
All over the bedside clock.
The little dog laughed to see such fun.
Then died of electric shock.

8. Georgie Porgy pudding and pie,
Kissed the girls and made them cry.
And when the boys came out to play,
He kissed them too ’cause he was gay.

9. There was a little girl who had a little curl
Right in the middle of her forehead.
When she was good, she was very, very good.
But when she was bad…
She got a fur coat, jewels and a sports car.

You have to be old enough to appreciate this. If you don’t understand, it is because you’re just too young!!!

Thanks to Rosemary for this gem!

The British Medical Association has weighed in on David Cameron’s health-care proposals. The Allergists voted to scratch it, but the Dermatologists advised not to make any rash moves. The Gastroenterologists had a sort of a gut feeling about it, but the neurologists thought the Administration had a lot of nerve.

The Obstetricians felt they were all labouring under a misconception. Ophthalmologists considered the idea short-sighted. Pathologists yelled, “Over my dead body!” while the  Paediatricians said, “Oh, Grow up!” The Psychiatrists thought the whole idea was madness, while the Radiologists could see right through it.

The Surgeons were fed up with the cuts and decided to wash  their hands of the whole thing. The Ear, Nose & Throat ( ENT) specialists didn’t swallow it, and just wouldn’t hear of it. The Pharmacologists thought it was a bitter pill to swallow,  and the Plastic Surgeons said, “This puts a whole new face on the  matter….”

The Podiatrists thought it was a step forward, but the Urologists were hacked off at the whole idea. The Anaesthetists thought the  idea was a gas, but the Cardiologists didn’t have the heart to say no.

In the end, the Proctologists won out, leaving the entire decision up to the bums in London .

Judy in Aus can always make you feel older than you already feel!
Here’s her ‘alphabet for oldies’!

A’s  for arthritis
B’s  the bad back
C’s  the chest pains, perhaps car-di-ac?

D  is for dental decay and decline,
E   is for eyesight, can’t read that top line!
F  is for farting and fluid retention
G  is for gut droop, which I’d rather not mention

H  high blood pressure – I’d rather it low;
I   for incisions with scars you can show.
J   is for joints, out of socket, won’t mend
K  is for knees that crack when they bend.

S   is for sleepless nights, counting my fears,
T   is for Tinnitus; bells in my ears!
U   is for urinary; troubles with flow;
V  for vertigo, that’s ‘dizzy,’ you know.

Another great one from Judy in Australia:The Washington Post has also published the winning submissions to its yearly contest, in which readers are asked to supply alternate meanings for common words.

And the winners are:

1. Coffee, n.
The person upon whom one coughs.

2. Flabbergasted, adj.
Appalled by discovering how much weight one has gained.

3. Abdicate, v.
To give up all hope of ever having a flat stomach.

4. Esplanade, v.
To attempt an explanation while drunk.

6. Negligent, adj.
Absentmindedly answering the door when wearing only a nightgown.

9. Flatulence, n.
Emergency vehicle that picks up someone who has been run over by a steamroller.

11. Testicle, n.
A humorous question on an exam.

The Harley-Davidson Facts
The inventor of the Harley-Davidson motorcycle, Arthur Davidson , died and went to heaven. At the gates, St. Peter told Arthur. ‘Since you’ve been such a good man and your motorcycles have changed the world, your reward is, you can hang out with anyone you want to in heaven.’
Arthur thought about it for a minute and then said, ‘ I want to hang out with God.’
St. Peter took Arthur to the Throne Room, and introduced him to God.
God recognized Arthur and commented, ‘Okay, so you were the one who invented the Harley-Davidson motorcycle?’
Arthur said, ‘Yeah, that’s me…’
God commented: ‘Well, what’s the big deal in inventing something that’s pretty unstable, makes noise and pollution and can’t run without a road?’
Arthur was a bit embarrassed, but finally spoke, ‘Excuse me, but aren’t you the inventor of woman?’
God said, ‘Ah, yes.’
‘Well,’ said Arthur, ‘professional to professional, you have some major design flaws in your invention !
1. There’s too much inconsistency in the front-end suspension
2. It chatters constantly at high speeds
3. Most rear ends are too soft and wobble about too much4. The intake is placed way too close to the exhaust
5. The maintenance costs are outrageous!!!!
‘Hmmmmm, you may have some good points there,’ replied God, ‘hold on.’
God went to his Celestial supercomputer, typed in a few words and waited for the results.
The computer printed out a slip of paper and God read it.
‘Well, it may be true that my invention is flawed,’ God said to Arthur, ‘but according to these numbers, more men are riding my invention than yours’.
0