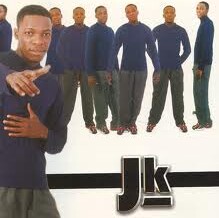 George Soulchild, co-presenter of our weekly radio show The Chanters Lodge Experience with the Milli Jam Ingredient ft George Soulchild, gives us his regular look at the Zambian musical scene:

‘C.R.I.S.I.S’ TO PERFORM ALONG SIDE AKON IN ZIMBABWE
Zambian Hip Hop artist, CRISIS (aka Mr Swagger) is heading to Zimbabwe to perform alongside Akon and Sean Paul at the National Sports Stadium in Harare, along with other African artists who have been invited by Zimswag Entertainment, the organisers. The show will take place on September 4th and starts at 12:00 noon. The concert is all about uniting African artists in the region by encouraging them to work together as one, as the late Bob Marley and Tracy Chapman did back in the day.

CRISIS said he’ll go with JK (pictured above), another Zambian artist, with whom he’ll perform the song ‘One Day’ from his first album. He said that other songs he’ll perform are ‘Make The Crowd Go’ from his new album and ‘The Fire Inside’. CRISIS said that he’s excited to have the opportunity to perform alongside Akon and Sean Paul and hopes that they can do a collaboration in future. He said about 50,000 fans are expected to attend the show which is not only for Zimbabweans, but also people from other African countries.

He also said there’ll be an after party for all artists at Rainbow Towers in Harare. To ensure that many Akon fans travel to Zimbabwe for the live concert, the Zambian airline, Zambezi Airways will reduce the fare for those going to attend the concert, as they are one of the companies sponsoring the show. Tickets are going at $10 for kids, $15 for stadium ground, $25 for sitting, $50 VIP and Golden Circle $100.

JK’S SA LAUNCH
Sensational singer Jordan Katembula popularly knows as JK launched his ‘Akapilipili’ Album in South Africa. The album as become a hit on the Zambian music scene. The launch was on Saturday August 28, at Monte Casino in Johannesburg where JK was accompanied by two artistes, Indie K who recently released her ‘Chipuba Chandi’ album, and Afunika. JK’s South African fans were ready for the Zambian star and showed up in numbers to see him.

JK was also accompanied Bizzy Wizzy of Klub Vegas, one of the hottest clubs in Zambia, who displayed his skills during the show. JK is expected to tour Zambia to promote his album which has captured many of his local music lovers. Some of the songs that JK performed were ‘Ka Pillow’, ‘Concrete Mixer’, ‘Kanyimbo’, ‘Poison’ and many more. Other Zambian artistes that have recently been to South Africa for performances include Mampi, Dalisoul, K’Millian, Petersen and Ozzy who is currently promoting his ‘Kobili’ album,

BRICK n LACE
Jamaican born, Canadian based RnB dancehall female duet Brick n Lace performed two Saturdays ago at Barclays Bank Sports Complex in Lusaka, Zambia for its local fans. Brick n Lace popularly known for ‘Love Is Wicked’ and ‘Never Never’ performed most of their new songs on stage and managed to entertain some of their Zambian fans. Most of the Zambian artistes who were invited to perform at the show were not allowed to mingle with their counterparts even though they performed on the same stage.

The artistes that performed at the show were Jozi from South Africa and TR and TEF (a combination of a Zambian and Canadian duo). The local artistes were B Flow, P-Jay, Indie K, JK, Judy, Slap Dee, J-Bus, Cactus Agony, and CQ among others. It is the first time the duo Brick n Lace (Nyanda and Nailah Thoubourne) have visited and performed in Zambia to market their music. They came into the country under Mahogany Entertainments.”