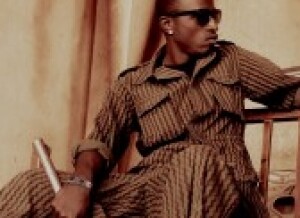 MACKY 2 ‘Flava Boy’ is back with his second fifteen track album called ‘Legendary’, an album he says is mainly aimed at empowering youths. The Ndola based singer and rapper, who pulls crowds wherever he goes, produced the album from his Alpha Entertainments outfit and features the likes of JK, Exile, PJ, Afunika, Chef, and Pilato in collaborations.

Macky 2 in an interview with the Weekend Post said he decided to take a mature step on his latest project because ‘the beef’ was not doing him any good!

‘Nangu Ba Nchinge’ itself is a song which encourages people to believe in themselves, how they shouldn’t be discouraged regardless of what they go through, and how much people will want to put them down. It’s a song that encourages people especially to follow their dream” said Macky 2.

“My album is focusing more on empowering youths. Nowadays you can’t run away from the fact that people want to dance but they are also so obsessed with love songs, and so there are about four club songs. I always try to maintain the original me but this album has a more mature approach.”

The singer, whose song ‘Mami’ won the ‘2011 Born & Bred Radio 4 Song Of The Year Award’, disclosed that he has registered a non-governmental organisation called the Macky 2 Hope Foundation to help orphans and the vulnerable in society.

His music is enjoying massive airplay on radio stations across the country as well as in night clubs and at other social gatherings.